What's on your mind?

Yes
No
Maybe hope so

Reach fell today. It was bound to happen sooner or later, with the rate Covenant reinforcements were pouring in, but it still burns a hole in my heart to say it. I know many platoons fought to the last man, hopelessly defending minor strategic points and bases before being overrun by plasma fire and glassed from orbit, but we were assigned to an evac op. Managed to save 3400 civies from New Alexandria before the cruisers came in. I shudder to think what happened to the rest of those poor people, and I just hope to God the other evac squads were more successful than we were. I caught the last ship out, a retrofitted cruiser called the Pillar of Autumn. Lost most of my squad getting to the shipyard, but a few of us made it. Brown, Stafford, Lerik, Andrews, all finally bit the bullet. Never thought the day would come, and now we can’t even bury the bodies. At least Stafford got his wish, wanted to be cremated. Whole planet’s probably glass at this point. Don’t know what we’re doing now, my guess is running back to Earth. On the bright side, I’ve been told this ship’s the one to be on. The Captain’s some sort of Navy hero, and there’s even rumors of a Spartan in cryo somewhere! Too bad neither of them could save Reach. I’d better go, it’s my turn to enter cryo soon, they want us Marines out of the way so the scrubs can fix up the Autumn before we get home. I’ve missed Earth, hope she’s still the same as when I left her.

Hi I'm new here! Did any of u have problem in going to voi town in halo 3? I'm stuck going there

If you see a comment with a discord link, DONT CLICK IT. This is a Fandom issue as I also spotted it on other wikias like The adventure begins wiki. Copy and paste this message to other Fandoms and keep everyone safe! 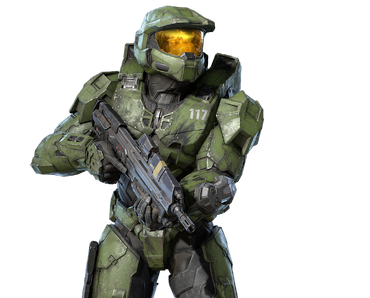 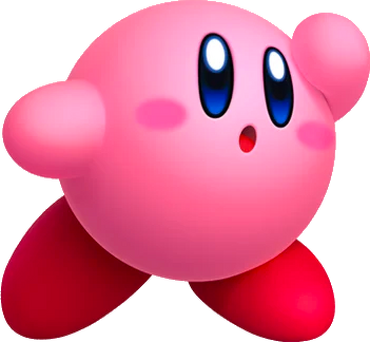 totally not an immortal god

On Page 21 of The Art of Halo Infinite, they showcase 15 images of a variant set wherein they detail the many armor attachments from the baseline armor core.

These art pieces are final concepts, and much like the Mark VII armor variants in the next pages, most of which were finalized in the game release.

So we will see a range of Helmet Attachments down to Knee Guards for the Mark IV. 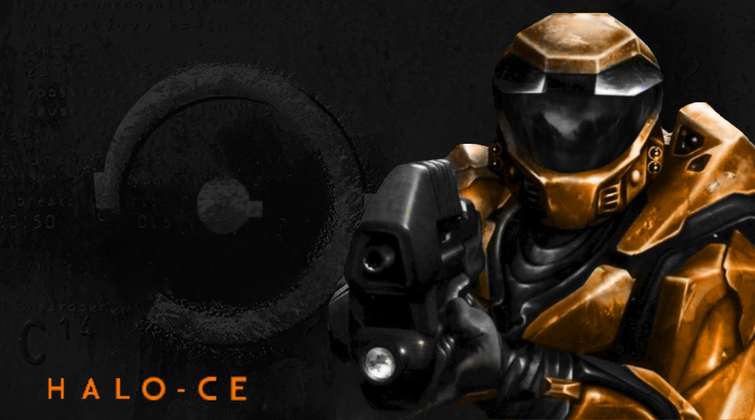 When you’re adding Halo in Half-Life and replace Gordon with Master Chief and his weapons, well this idea concept mash up both influence FPS in gaming. We see Half-Life modded communities have this game with other games like Duke Nukem, Max Payne and Brutal Doom. Now imagine taking two late 90s-early 00s first person fusion them together you get “Half-Halo” this mod your first half life as the master himself (ish maybe), borrowed elements and mechanics from Halo: Combat Evolved and Halo 2. this mod is nothing special, just replaced, added in and changed skins, weapons, mechanical,blood, multiplayer and audio & soundtracks “Would You Like to Know More?” continue reading and explain what Half-Halo is?

You're not playing as Gordon (Well yes or no?). Added dialogues borrowed from Halo: Combat Evolved,Halo 2, 3 and Halo Reach: FirefightIs both scripted and unscripted, imagine ever gonna hear Gordon talking? Is actually Master Chief when you’re talking during a when interacting with other characters, killing enemies and picking up ammo or items (sound clips from first three halo and reach-firefight. Now you’re can hit enemies with your weapons like in halo and also HEV is replace with MJOLNIR Powered Assault Armor/Mark V from first halo game and along with seeing chief hands when holding weapons.

Black Mesa Security Force is replaced with UNSC Marine Corps and additional few new dialogues to this mod and with assistance helping players in the game. Enemies remain the same no changed to Xen,Hazardous Environment Combat Unit or Black Ops along with vehicles as well.

Weapons from Half-Life are replaced with Halo Weapons and some weapons from HL are cut to make limited weapons added to Half-Halo. Weapons from Halo 1 & 2 are added in and rest of weapons are future updates and along with plans for multiplayer in Half-Halo. Here are HH weapons in the mod. Mods have same animation and use same audio guns sounds from halo 1 & 2.

In one of the audio logs in halo infinite Lasky speaks with Doctor Halsey about blue team and says he has a mission for them. I've found an official image in artstation where (SPOILERS)

Kelly is with the Arbiter on Sanghellios!

Use with full auto (for those who don’t know, yes the pulse carbine is full auto)

How do you use it?

"The landmark that started it all."

"A perfect yet stunted sequel."

"A great game with that has irony."

"Sacrifice for the sake of perfection."

"Retcons were made to make this game."

"Failure at release, but updated to perfection."

Flood
The master chief
SCP-682 (the hard to destroy reptile)