Battle Creek's basic layout consists of two identical bases separated by a small creek. Outside, there are plenty of rock formations that can be used for cover, an arch spanning the river, and two raised outcroppings on the canyon walls. In addition, there are two-way teleporters located behind each base. Each transports players to the teleporter at the opposite base.

The interior of the bases consists of a main room which houses the flag in CTF, a pair of hallways that lead outdoors, and a series of tunnels connected to the hallways by a ramp that lead to the other entrances. The entryways consist of the main door in the front, a side door leading to the tunnels underneath, stairs leading to a tunnel located in front of each base, and a hole in the roof above the flag room.

Red base rear and teleporter

Red base starboard side

Red base port side

A ladder leading to a sniper rifle spawn

Looking off of the beam rock at a Sniper Rifle spawn

Blue base rear and teleporter

Blue base starboard side

Blue base port side 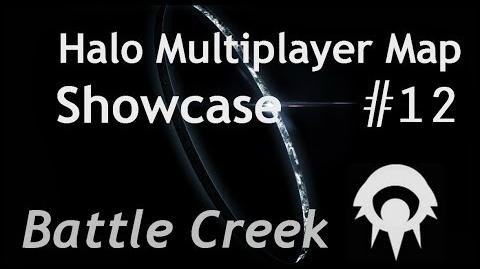