Boneyard is a ship breaking facility where old starships are disassembled. During the Fall of Reach, a UNSC frigate, the UNSC Commonwealth, was under the process of decommissioning and incidentally became a battlefield venue between the ground forces of the UNSC and the Covenant.[2]

The following are locations on the map that are so named on the player's HUD during gameplay:

Most of these spots can be reached without a Jetpack, unless stated otherwise. 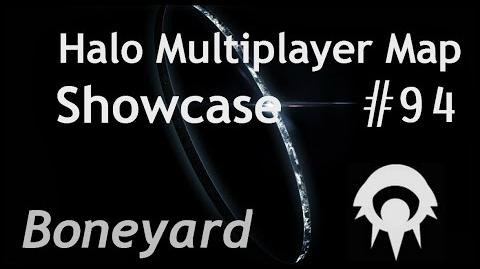 A view of the general area of the map.

A screenshot of Boneyard.

The Phantom over Boneyard

An overhead view of Boneyard.