“The initial Covenant strike is over, but the fight for Mombasa has just begun.”
— Halo Waypoint - Halo Bulletin 11/9/11[1]

Breakneck is a multiplayer map from Halo: Combat Evolved Anniversary and the Anniversary map pack for Halo: Reach. The map is a remake of the popular Halo 2 map, Headlong. Breakneck includes most of the things that Headlong is well known for (e.g. The Crane, Rocket launcher, Gauss Warthog).

The changes to the map are forgeable but not entirely, as the hole will just be covered up and the debris from it will keep falling, and the thruster is a static part of the map. 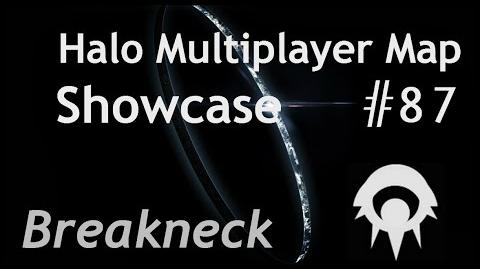 A Ghost on Breakneck

A screenshot of Breakneck.

A screenshot of Breakneck.