The CCS-class battlecruiser is a heavy warship used by the Covenant Navy, one of several different designs of capital ships they employ. These vessels serve as the backbone of the Covenant Navy and consequently are the most commonly sighted capital ship; they are also commonly tasked with glassing operations.

The CCS-class was first constructed sometime after the RCS-class armored cruiser and would eventually phase it out of frontline use.[6]

A CCS-class was present as the main element at the Battle of Fumirole. It was subsequently destroyed by Noble Team from a nuclear weapon.[10]

A large gathering of CCS-class ships would be seen during the Fall of Reach. At least two would help glass New Alexandria.[5] Nine more would be seen over Aszod. One was destroyed by SPARTAN-B312 in defense of the UNSC Pillar of Autumn before it took off.[11] Three more glassed the Military Wilderness Training Preserve in the Highland Mountains.[12]

The CCS-class' apart of the Fleet of Particular Justice followed the Pillar of Autumn to Installation 04. It was during this battle that the only known time humans controlled a CCS-class (however briefly) occurred. The ship was the Truth and Reconciliation.[13]

13 CCS-class battlecruisers would form part of the Fleet of Sacred Consecration which attacked Earth.[14] CCS-class ships of Truth's fleet would also come and reinforce and help perpetuate the Battle of Mombasa.[15] Other ships of the fleet would help excavate The Artifact.[16] A Flood infected Indulgence of Conviction would also attempt to infect Earth, but it was destroyed by John-117 after crashing at Voi.[17]

Following the war and the Great Schism, many ships of this class would fall prey to Kig-Yar scavengers and a few Sangheili Kaidons. Ironically, this would see the resurgence of the RCS-class which the CCS-class replaced.[18]

The CCS class classification is the most well-known type of Covenant warship, one of the few which the UNSC has been able to gain decent intelligence from, via the Truth and Reconciliation in particular. The battlecruiser is a long, vaguely organic-shaped spacecraft (often referred to as having many bulbous sections), capable of launching dozens of fighters, dropships, and boarding crafts. It was used as a main heavy warship by both the now disbanded Covenant Empire, various Covenant remnants, and the Swords of Sanghelios. It is capable of both space warfare and supporting ground operations, capable of deploying upwards of a thousand troops of various races, as well as support vehicles and aircraft through its gravity lift. It is for this reason that the cruiser is frequently utilized, easily surpassing the numbers of any known Covenant vessel.

Typically armed with a vast arsenal of energy weapons, it is approximately one-third the length of the more powerful CAS-class assault carriers, but larger than the less common Frigates and Destroyers.

It is equipped with the standard energy shield generators, pulse laser turrets, and plasma torpedo launchers.

The Control Room of a CCS classification, known as the "bridge" in human terminology, is located, as on most known Covenant starships, in the midsection of the battlecruiser, protected by thick armor in addition to the ship's shields. A raised platform in the center of the spacious room ringed with holographic controls is the Combat Information Center, or CIC, of the Control Room. These controls are most likely for fire control, navigation, sensors, ship diagnostics, internal security monitors, etc. In front of the command center is a large holographic "banner" which is used for navigation purposes.[19] The crew in the control room usually consists of an Sangheili or Jiralhanae Shipmaster who stands on the central platform and is in charge of giving orders and commanding his vessel, accompanied by, in most cases, Sangheili Zealots, or high-ranking captain Jiralhanae that patrol the lower level of the control room, who are responsible for maintaining the security of the ship.

Like most warships in the Covenant fleet, the CCS-class is also equipped with a single ventrally-mounted Gravity lift, enabling the quick and easy transportation of personnel, vehicles, equipment and supplies to a planet's surface. Objects or personnel placed in it are propelled upward or downward rapidly by an anti-gravity field, and are able to gently disembark, despite the high speeds occupants can reach.[19]

The CCS classification has at least two brigs for holding prisoners, though they may have more since these ships have not been fully explored. Each is a rectangular room with four force field-secured cells on either side, for a total of eight per brig. Each cell can accommodate a large number of prisoners, although normally only one is placed in each cell, probably for security purposes against the possibility of an organized escape attempt. The fields are impenetrable to all handheld weaponry, projectile or energy, but can be lowered by a holographic control panel on a raised platform on the far side of the brig opposite the entrance, the guards post. The cells are arranged at the periphery of a spacious room, with guards patrolling the central section. The guards usually have Active camouflage, using their stealth to monitor the prisoners.[19]

There are at least four hangar bays aboard a vessel of CCS classification - two to starboard and two to port side. They are each three-tiered, with a large amount of space between the floors and ceilings of each level. Each bay contains various vehicles, such as Spirit-class dropships, on the bottom floor, with a pillar-like platform used for dismounting passengers rising up and connecting to the second level. Covenant troops are arrayed upon the second and third floors, with multiple stationary plasma shields and Shade infantry plasma turrets.[19]

A plasma magnetic containment field operates at the mouth of the hangars, retaining atmosphere while in space transit. It denies the movement of all forms of matter attempting to enter or leave the shuttle bays.

Most of the ship is comprised of a labyrinth of network of corridors, with circuitry concealed behind purple metal casings. At junctions, gaps in the ceiling and floor appear to accommodate Huragok maintenance personnel, allowing them to float between levels easily and quickly. The corridors appear to be of a curved shape, with doors that open by a three-way system.[19]

There are various, virtually indestructible doors upon the CCS classification. Unlocked ones are outlined in white light, while locked ones have crimson light. They are protected from electronic intrusion by a 128,000-bit modulating encryption key,[19] but this key can be penetrated by a UNSC AI, such as Cortana, after a couple of minutes.

While not seen in-game, every ship presumably features an engine room. The ship's Repulsor engines are more powerful and faster than human engines.

Several CCS-class battlecruisers have been seen throughout the Combat Evolved campaign, most notably the Truth and Reconciliation, Purity of Spirit, and possibly the Sacred Promise. They have also been seen in Halo 3 glassing Voi, Kenya, in search for the portal that leads to the Ark, they are also later seen as Covenant Separatists glass Voi in an attempt to stop a Flood infestation. CCS-class vessels can also be seen in Halo 3: ODST. More are seen in Halo: Reach during the campaign and in the sky of some maps such as Boneyard and Highlands. Many are seen in various shorts from Halo Legends. They also appear as small holograms in the opening cutscene for Arcadia City in Halo Wars.

CCS-class battlecruisers seem to be a deeper shade of purple, and do not have as many pointed fins on the nose of the ship. The gravity lifts are a deeper shade of blueish-purple, and the shuttle bays seem to take up a greater portion of the ship, though this would be probably to accommodate the large portion of cutscenes that transition from the interior to the exterior through this area. Also, the ships need flat areas to dispatch troops. Although it is possible to use the gravity lift on rocks, a flat metal section is preferred.

The ships have a longer, shinier, more purple appearance. They seem to have more partings in the purple plates. During the development of Halo 2, Regret's Carrier was originally going to be a CCS-class battlecruiser, as seen in the E3 2003 demo.

Not much different from Halo 2, however, they now have an extra plate on the midsection in between the belly and the right wing.

In Halo: Reach, at least two CCS-class battlecruisers participate in the glassing of New Alexandria. Another goes after the Pillar of Autumn during the Battle of Aszod as it prepares to launch, also launching Phantoms and Banshees to try to prevent Captain Keyes from getting The Package. Once it gets in range, it is destroyed or crippled by Noble Six using a Onager to damage it via its energy projector. This cruiser is last seen crashing to the ground as the Pillar of Autumn lifts off. 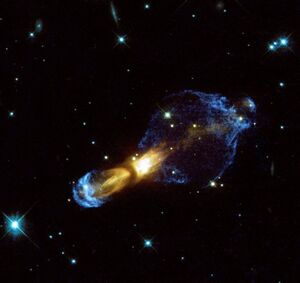 Concept art of the Truth & Reconciliation from the bottom for Halo: Combat Evolved.

Concept art of the Truth & Reconciliation from the top for Halo: Combat Evolved.

A CCS-class Battlecruiser that appears in the Halo 2 E3 Demo, but was replaced with Regret's Carrier in the final version.

Render of a CCS-class Battlecruiser for Halo: Reach.

Model and texture render of a CCS-class Battlecruiser for Halo: Reach.

A top-down comparison render of a CCS-class battlecruiser, an SDV-class heavy corvette and an ORS-class heavy cruiser.

Overhead view of the CCS-class battlecruiser.

An overlay of the interior of the ship.

Bottom view of the CCS-class battlecruiser.

An overview of the CCS-class battlecruiser in Halo 3.

CCS-class Battlecruiser Library entry after analyzing the Truth and Reconciliation.

Overhead view of the CCS-class battlecruiser.

Bottom view of the CCS-class battlecruiser.

Separatist battlecruisers glassing a part of Voi, Kenya on Earth to prevent a Flood infestation.

A CCS-class battlecruiser over the plains of East Africa.

A CCS-class battlecruiser in Halo Legends.

A CCS-class battlecruiser hovering over a ruined city during the Battle of Fumirole.

A CCS-class battlecruiser being shot by a Mass Driver.

A CCS-class battlecruiser over New Mombasa

A CCS-class battlecruiser from the front

A CCS-class battlecruiser over Earth.

The Forerunner dreadnought with CCS-class battlecruisers in the background.

A CCS-class battlecruiser commandeered by Flood in Halo 3.

A rear view of a CCS-class battlecruiser.

Covenant forces boarding Phantoms in the hangar bay of a CCS-class battlecruiser.

The inside of Truth and Reconciliation's shuttle bay as it appears in Halo: Combat Evolved Anniversary

Another shot of the Truth and Reconciliation's shuttle bay in Halo: Combat Evolved Anniversary

An internal corridor of a CCS-battlecruiser in Halo: Combat Evolved Anniversary

The Brig of the Truth and Reconciliation in Halo: Combat Evolved Anniversary