Cold Storage, also known as War Games Map_Set/: 429-2,[1] is a Halo 3 multiplayer map. It is a remake of the Halo: Combat Evolved map Chill Out and can be downloaded for free from the Xbox Live Marketplace as of July 7th, 2008.

Cold Storage was announced by Bungie at MLG San Diego on June 14, 2008.[2] During development, it was code-named "Smuggler." Bungie has also stated that Cold Storage will be featured in all playlists that previously required the Legendary map pack.

Bungie made an official statement online about the level in their Bungie Weekly Update on June 20. It was first shown in an exhibition game between Bungie members Lukems and Shishka and MLG Pros Karma and Legend,[3] which served as the map's debut.

Cold Storage is a Forerunner Flood containment facility used to research the extremophilic thresholds of specimens infected by the Flood.[1][4]—located on Delta Halo. The facility has had an outbreak of the Flood Super Cell (possibly the origin of the massive Flood outbreak on Installation 05). Being derived from a Halo: Combat Evolved map, many changes needed to be made to Cold Storage to bring it into line with Halo's updated physics and graphic design. Many of the jumps and railings have been tweaked, like those on Blackout, but they stay well within the layout of Chill Out.

The Cold Storage Monitor in the ceiling follows players' movements but will stop once they leave the room. It has been speculated to be a "local caretaker," designated to watch over the facility like a prison guard, similar to a "dumb" UNSC AI. The monitor will even observe invisible players which can be used to your advantage or theirs.

The Tank Form in the cryo-container will sometimes have small spasms in its tube. The room containing the Flood Pure Form is apparently where a handful of containers are brought out of storage to be examined, as several empty containers can be seen behind windows. Beyond the windows, Infection Forms can be seen running free. Being a Cryogenic Containment Facility, the temperature is low, shown by the mist at several places on the map.

The map's mood is considered "competitive," and it is best played with small FFA (Free-For-All) Slayer games or Team Doubles. Combat tends to be rather chaotic, and because of the multitude of teleporters, it is very easy to get from one area to another and smite your opponents. The only noticeable change to the map's weapon layout is that Chill Out's M6D has been replaced with a Battle Rifle.

There are only a handful of new Forge Objects available for Cold Storage, including Energy Barriers similar to the ones on Avalanche and Forge Filters that affect the color and overall tone of the map. The Soccer Ball is once again included, and the Mongoose and Ghost can be placed in as well, though the map is not specially designed for the vehicles. It is the only map that isn't from a map pack that has color filters.

The Flamethrower is available for use, but can only be added in Forge. Teleporters have a new design to them, as they now have a circular base instead of the usual three-pronged base, they also have blue-violet color rather than the usual green aura.

Before the map was revealed, it was known as Smuggler. Two transmissions about it were posted on Bungie.net.

In the 5/30/08 Bungie Weekly Update,[5] the following transmission was shown:

REPORT: DERELICTION OF DUTY
2401 Penitent Tangent has been lax in the areas of maintenance and security."

A new conversation was given in the 6/6/08 update. LOG: QUERIED ADJACENT FACILITIES
LF.Xx.3273 research and containment facility [alpha, beta, gamma, epsilon, zeta, and kappa sites] have all replied [systems normal] within expected constraints. This would tend to signify that the containment failure was purely mechanical in nature; perhaps a manufacturing flaw. As no [outside agent] has accessed [delta site] in the past [874068942 hours, 4 minutes, 46 seconds]—[allowing for a 61360 hour, 54 minute, 2 second margin of error]—sabotage would seem unlikely.

LOG: REQUEST UNANSWERED
LF.Xx.3273 research and containment facility; [delta site] is currently being held at [1 atm] / [278K] as atmospheric seals were showing signs of stress. [Quadrant oversight] has failed to reply within expected constraints. [Bumping maintenance and security request all the way up] to 2401 [PENITENT TANGENT].

LOG: FILED COMPLAINT TO INSTALLATION 00
2401 [PENITENT TANGENT], monitor of Installation 05, has been lax in the areas of maintenance and security. Requests for aid in said areas have gone unanswered by both 2401 and [subservient] systems well beyond expected constraints.

Changes from Chill Out

The environment of Cold Storage.

An overview of the map with weapon placements.

Overview of the map without weapon placements.

Detail of the Monitor in the Ceiling.

The Monitor in the ceiling is far larger than a normal Monitor.

Outside view of Flood infested area.

A Flood Infection Form on the outside Flood infested area.

View from other side of the Flood infested area.

A pair of Infection Forms move across the outside Flood infested area.

Views of the new map.

Comparing Chill Out and Cold Storage 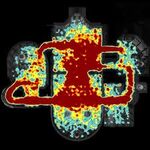 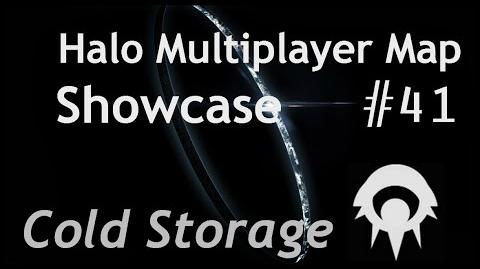