For the vehicle, see Colossus (vehicle).

This map is most likely part of the Heretic Base and Gas Mine. It consists of four main parts. The first section is the long corridor in the middle of the map. Here you can find an Overshield on the farthest way from the gravity lift (aka: Really BIG Man Cannon). This long corridor acts a large gorge between the red and blue sides of the map. Both sides along with the corridor in the middle lead to the fourth part of the map that is the ramp area. Here you can find a Shotgun at the bottom of the ramp and a Beam Rifle at the top of the lift that propels you from the lower corridor to the upper part of the ramp area.

This is a map famous for the very prominent availability of the so-called "Noob Combo." A good trick is to collect as many plasma grenades as you can, then hang in one of the two huge windows near the bottomless pits (where the gas canisters drop into) and blast everyone who shows up. The gas canisters provide a high advantage, if you see a filled one and somebody standing near it, simply by firing at the canister can cause it to explode and kill anyone near it. That means that if someone is shooting at it, you run away. 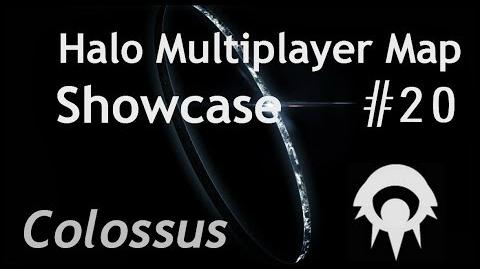