This article is a stub. You can help Halo Alpha by expanding it.

Condemned is one of three multiplayer maps in the Defiant map pack for Halo: Reach. It is set in the human space station known as Reach Station Gamma, overlooking the planet Reach. Prior to the Fall of Reach, this space station was essential in providing long-range communications for the UNSC between Reach and Earth. 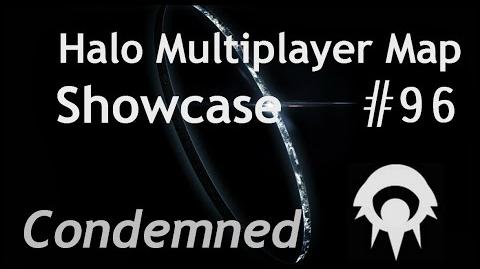 Concept art of the central core.

An early build of the repair bay, showing that there was originally a Pelican docked in it.

An early build of the central core, where a laser was originally intended to be placed.

The space battle outside the map.

Spartans and Elites battling outside the map.

A nebula visible from Condemned.

A Spartan looking at the holographic projection of the station.

Overhead view of the map.