Danger Canyon is a multiplayer level exclusive to Halo PC and Halo Mac. The level is somewhat similar to the Halo and The Silent Cartographer levels in single player Campaign of Halo: Combat Evolved.

Danger Canyon features a long, narrow and winding canyon with an alternate passageway leading to a second level in the center of the canyon. It is a large level and teams can get stuck fighting across the second level canyon area for extended periods of time. The tunnels going through the cliffs will lead to your opponents base and a cliff. 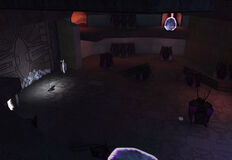 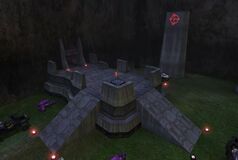 Outside the Red Base. 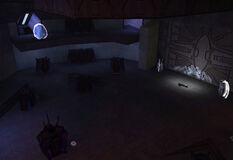 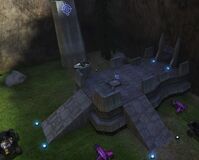 Outside the Blue Base.
Add a photo to this gallery

Retrieved from "https://halo.fandom.com/wiki/Danger_Canyon?oldid=1729159"
Community content is available under CC-BY-SA unless otherwise noted.