Every weekend, from Thursday at 12:00pm to Monday 12:00pm (Eastern Standard Time), a playlist called the Double EXP Weekend opens for Halo 3 players with gametypes that aren't normally available for other matches on usual weekdays. Each win gives 2 EXP points, and a loss will not take away EXP (however, quitting a game will still be punished with the loss of 1 EXP). Most of these playlists are unranked, with the exception of: Legendary Brawl, Living Dead, and the Valentine's Day Massacre playlist. By far, the most featured playlist is the Grifball playlist, including slightly different arenas, and different leagues (Spring leagues, summer leagues etc.) Team SWAT changed into a permanent gametype in the Hardcore playlist as of May 2008, and Team Snipers as of November 2008.

For certain Holidays, such as Halloween, Valentine's Day, and Fourth of July, playlists were devoted to the day with special gametypes and maps. 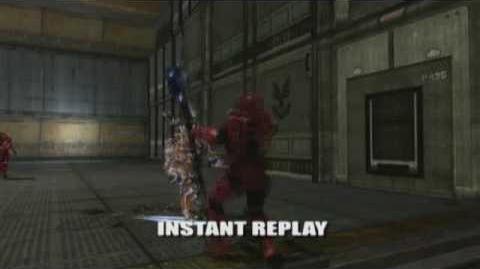 Grifball.com Highlights - Double XP
Add a photo to this gallery

Retrieved from "https://halo.fandom.com/wiki/Double_EXP_Weekend?oldid=1790195"
Community content is available under CC-BY-SA unless otherwise noted.