Edge is a Halo Online multiplayer map set on the remote frontier world of Partition.

The map is a symmetrical map that takes place in a Forerunner databank which is entirely set into a cliff face. It is reasonably small, consisting of two bases, each with four tunnels leading out of them. These tunnels emerge on either side of the map, in two large rooms, which are essentially reflections of each other. On one side, an Energy Sword can be found, and the room is open with a view of several waterfalls descending into a chasm, above which the map is situated. The opposite room contains a Gravity Hammer and two Beam Rifles, and instead of a landscape, its view is of the databank, maintained by flocks of Constructors.[1]

Between these two rooms, in the center of the map, there is a bridge, in the middle of which the Rocket Launcher is located. This position is extremely exposed, as an opening in each team's base allows them to fire upon it.[1] 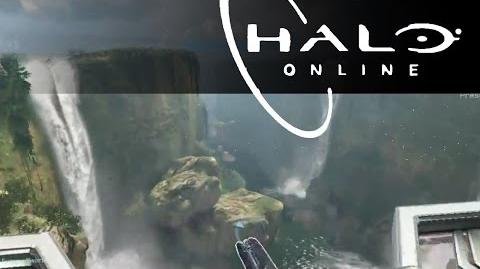 Retrieved from "https://halo.fandom.com/wiki/Edge?oldid=1825750"
Community content is available under CC-BY-SA unless otherwise noted.