Elongation is a multiplayer map that was added to Halo 2 as part of the Maptacular Pack.

It is also the remake of the map, Longest, from Halo: Combat Evolved.

Elongation is set aboard UNSC Onan, a freighter ship in high orbit above Earth. It was making its orbit at the same time as the Battle of Earth took place, though it was orbiting the other side of the planet. Two conveyor belts exist on both sides, moving in opposite directions. As the game goes on, large crates appear on the belts.

Elongation is somewhat of a small, close quarters combat level, hence the presence of a Brute Shot and Shotgun. It is advisable to keep to the small teams match, as larger groups in the confined space and limited weapons choices can quickly become chaotic (especially with more than 8 players).

A fight on Elongation.

A view of the map 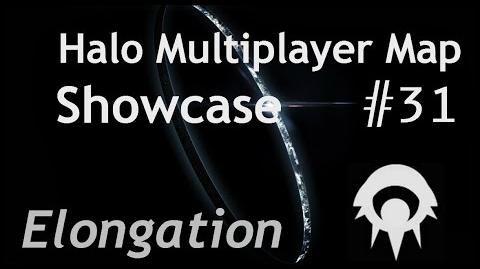