This article is about the Halo 4 map. Were you looking for the Halo Wars map?

Exile, also known as War Games Map_Set/: 784-4,[1] is a multiplayer map for Halo 4. It is set in a rocky canyon in which a UNSC ship has crash landed. Using debris and supplies from the ship's remains, the crew settled a camp by building a vast network of tunnels and trenches throughout the rocky and grassy terrain.[2]

The vehicles on the map are the Mongoose, Scorpion, Ghost, Warthog, and Gauss Warthog and, on some gametypes, the Banshee and/or the Mantis. 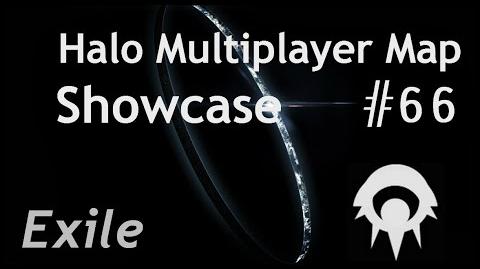