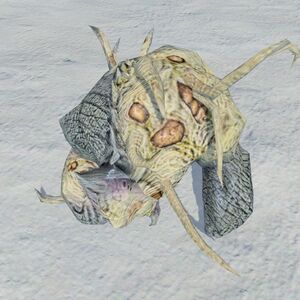 The Flood Thrasher Form is a Flood form seen exclusively in Halo Wars.

The Thrasher Form is similar in purpose and behavior to the Flood Tank Form, but larger and somewhat resembling a Thorn Beast. It is intended to quickly get close to enemy ground units, using a devastating melee attack to deal significant damage. So far, they have only been witnessed as a part of the Flood forces on Shield 0459.[1][2]

They appear as large, bulky creatures with tentacles that wildly thrash (hence its name) and walk on all four appendages. They attack by ramming themselves into units, or by swiping with their front legs.

The appearance of the forms suggests that they are infected animals (possibly Arctic Beasts) adapted for combat purposes, for its modifications are similar to those of the Flood Combat Form.

A group of Thrasher Forms. 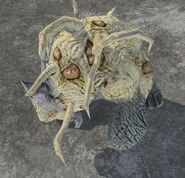 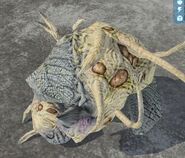 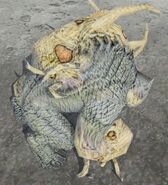 Retrieved from "https://halo.fandom.com/wiki/Flood_Thrasher_Form?oldid=1816407"
Community content is available under CC-BY-SA unless otherwise noted.