Were you looking for Odin's Eye, a conference room on the Point of No Return known as The Cage?

The Cage is an asymmetrical map built into the Lagoon area of Forge World. It is reminiscent of Lockout from Halo 2 and Blackout from Halo 3, but retains its own unique layout. "The Cage" was the original name for Lockout when it was in development for Halo: Combat Evolved. The version of The Cage featured in Forge World is based on these pre-Lockout ideas. It is roughly the same scale as Lockout and is built around an open center, but features longer sight lines and paths that are strictly one way. Chris Carney is said to have built this map inside Forge World in a day. The Cage appears in matchmaking.

These names are unofficial and are being used as a map directory.

Man Cannon Deck - This area of the map holds the man cannon and is the place that holds the sniper spawn. The Cannon launches you up to a platform near Death's Turn and a ramp leading to the Bellow Deck.

Death's Turn - Be careful when using the evade move on this turn. If you execute a roll on one of the two ramps leading to this turn, you will most likely get thrown off. Death's Turn also serves as a good vantage point over the Center Stage.

Center Stage - This is the middle of the map, with two rooms on either side and a ramp leading to the Bellow Deck. The room facing Cliffside has a glass cover that protects you from players on the Central Highway. At the back of the room is a tiny platform you can use to snipe players on the Cliffside. The other room has a door leading up to Death's Turn and another one leading to the Central Highway.

Central Highway - The main road, connecting the Center Stage to the Apartment. The distance to cover going from place to place is long, leaving you open to snipers.

Apartment - This area of the map is the 2-Story tower tucked in the corner. This area serves as a major spawning point. Nearby is the shotgun spawn.

Cliffside - This describes the whole area next to or on the cliff face. There is a small bridge attached to the cliff that has a raised platform at one part. You cannot reach it by jumping, it's mostly used for players on the other areas of the stage to get the Cliffside.

Bellow Deck - This area is the platform under the Center Stage. The platform near the edge serves as another major spawning point. 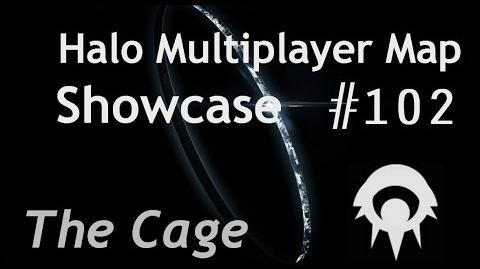