Only the Silent Cartographer mission can be played in the Halo Trial. The level features similar environment, weapons and enemies but players would not be able to save the level, as doing so would restart the level.

Blood Gulch is the only map featured in the game with the capability of hosting up to sixteen players per game. In contrast to Halo: Combat Evolved, Halo Trial's version retains similar weapons and vehicles but features low graphics settings, as players are encouraged to buy the full version. There are only two gametypes: CTF Classic (First to 3 Flag Captures) and Free-For-All Slayer (First to 25 Kills). However, you can still play different game types by choosing your filters and joining an existing game.

However you can mod to have Scorpions, and infinite Sniper rounds coming from the Assault Rifle. 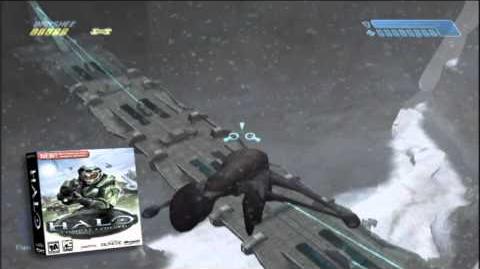