4 issues
Halo: Fall of Reach - Boot Camp is the first story arc in an Halo: Fall of Reach, a series of a comic-book adaptation of the first Halo novel, The Fall of Reach.[2] This series will be published by Marvel Comics in conjunction with 343 Industries, and written by Brian Reed with art by Felix Ruiz. Consisting of four issues,[1] Boot Camp will chronicle the childhood of future SPARTAN-II commander John-117 as he's kidnapped and thrown into the elite supersoldier program early on in the 26th century. The story arc culminates in the Spartans' first real mission, an operation to capture the rebel Colonel Robert Watts at Eridanus secundus.[1]

The first issue in the Boot Camp series was released on September 15, 2010, a day after Halo: Reach. Boot Camp will be succeeded by two additional story arcs which cover the rest of the novel's story; Covenant and Pillar of Autumn.[1]

“This September, Marvel and 343 Industries are proud to announce Halo: Fall of Reach “Boot Camp #1,” the graphic fiction event answering the question on the minds of gamers around the world—what’s the secret on the planet of Reach that led to the creation of John-117? Fan-favorite writer Brian Reed and artist Felix Ruiz team-up to adapt the New York Times best-selling novel, Halo: Fall of Reach, and bring the world of Halo to life like you’ve never seen it before!”
— Marvel and 343 Industries 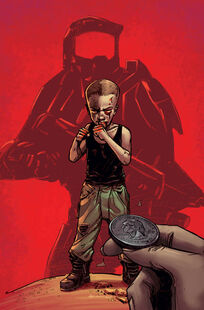 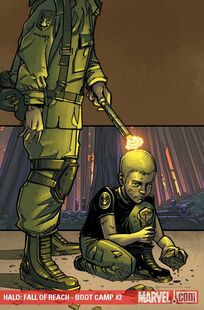 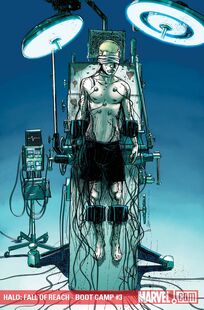 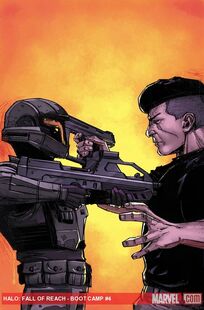 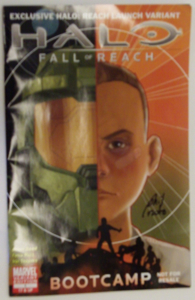