Halo: Fireteam Raven is an on-rails shooter Halo arcade game, that became available on July, 10 2018. It was developed by Play Mechanix and Raw Thrills in conjunction with 343 Industries.[1]

Set during the same event as Halo: Combat Evolved, this new immersive experience hot-drops players feet first into the boots of a group of elite Orbital Drop Shock Troopers, Fireteam Raven, on the surface of Alpha Halo as they try desperately to prevent the Covenant alliance from taking control of the ancient superweapon. 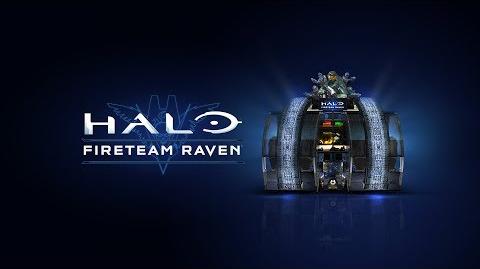 The logo of Halo: Fireteam Raven.

A promotional banner for the game.

Another pre-release screenshot.
Add a photo to this gallery

Retrieved from "https://halo.fandom.com/wiki/Halo:_Fireteam_Raven?oldid=1812630"
Community content is available under CC-BY-SA unless otherwise noted.