This is an article about the live-action Halo webseries. Looking for the Charon-class light frigate, FFG-201?

Halo 4: Forward Unto Dawn is a live-action webseries that debuted on October 5, 2012 and had a new episode each Friday until the release of Halo 4 on November 6, 2012, ending with the fifth episode.[1]

The webseries was announced by Variety magazine on April 30, 2012 and represents the largest monetary investment Microsoft has ever put behind a live-action Halo project.

Next to no details were revealed by Microsoft but the plot, cast and director details were announced at the San Diego Comic-Con.

Aside from marketing Halo 4, the goal of the webseries is to introduce the franchise to people unfamiliar with the games. 343 Industries franchise business management director, Matt McCloskey, said to Variety: "make Halo accessible for people who haven't played the games. We wanted to do something unique from a narrative standpoint that's big in scale." [2]

An official teaser trailer was released for the series on July 1, 2012.

The webseries is available to view on Machinima and on Halo Waypoint.

“Set against the backdrop of a UNSC military academy, a group of highborn cadets are training to be the next generation of soldiers in the UNSC’s ongoing war with insurrectionists in the outer colonial planets. Among these cadets, Thomas Lasky struggles with his doubts about this war, and with the burden of expectations he may not be able to carry. As Lasky comes to terms with his potential as a military leader, the terrifying alien alliance known as the Covenant arrives and turns his world upside down. Inspired by John-117, he must decide what it means to be a hero.”
— Halo Waypoint

A Promotional poster with John-117 in the background.
Add a photo to this gallery

A cadet (Thomas Lasky) lays on the ground after being hit with a Tactical Training round.

General Black, a UNSC officer in the series.

Students learning about an ancient Carthaginian-Roman battle and the strategies used in the battle.

A building on Circinius-IV that is part of the UNSC Military Academy featured in the series.

The students stand at attention in full Marine BDUs

Sangheili with the Energy Sword in Halo 4: Forward Unto Dawn

Spartans 104, 87 and 117 on their way back after the mission on Circinius IV.
Add a photo to this gallery 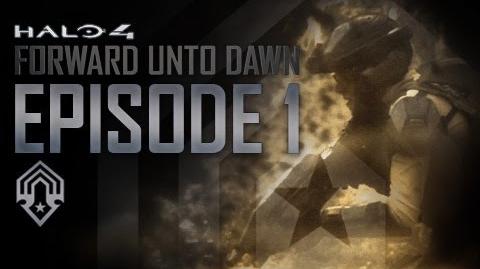 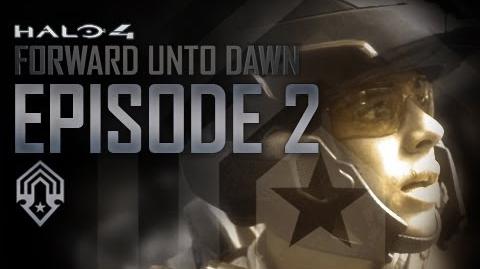 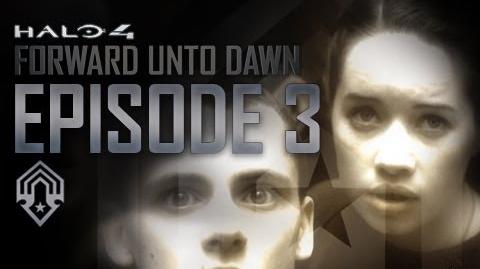 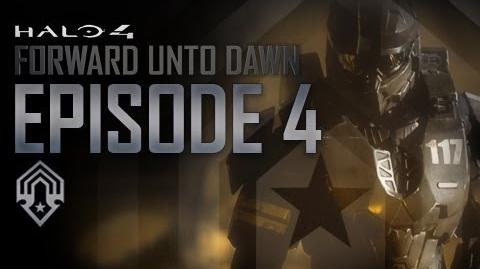 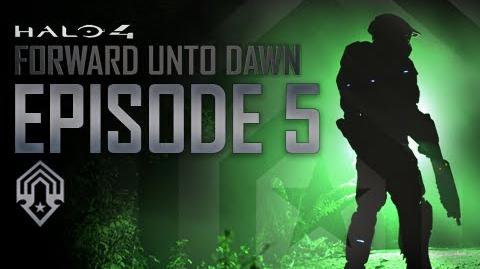 Start a Discussion Discussions about Halo 4: Forward Unto Dawn