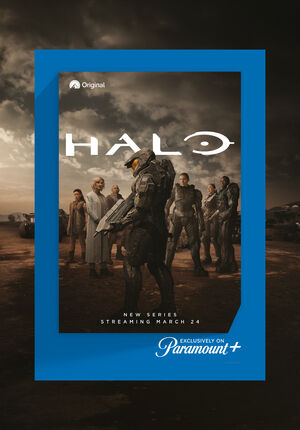 Halo is a multimedia science fiction franchise centered around the Xbox-exclusive series of first-person shooter games. The Halo Universe has been expanded through multiple spin-off games, novels, comics and his own exclusive live action TV show called Halo on Paramount+.

Set in the 26th century, humanity fights a desperate war with the Covenant, an alliance of alien races who believe humankind to be heretical. The United Nations Space Command find themselves outmatched by the Covenant's superior technology and greater numbers, but they have one advantage: the Spartans. Foremost among them is the Master Chief, an enhanced super-soldier clad in advanced power armor. Leading the fight against the Covenant, Master Chief and Cortana uncover the secrets of the mysterious Halos and their creators, the enigmatic Forerunners.

Both the latest video game entry in the series -- Halo Infinite -- and the television series are enthralling new ways to experies this rich world, if in different continuities. 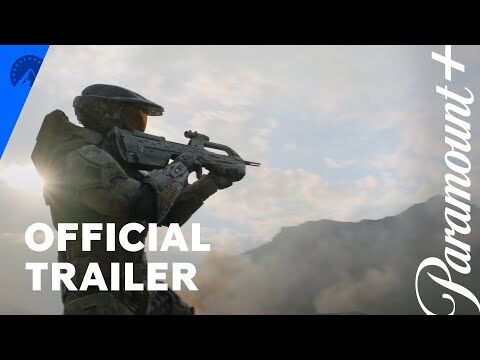 You may think you know Master Chief, Cortana and the rest of the gang. But do you know the versions you'll meet on the Paramount+ TV show? Take a gander!

The legendary Halo series returns with the most expansive Master Chief campaign yet and a ground-breaking free-to-play multiplayer experience.

When all hope is lost and humanity’s fate hangs in the balance, the Master Chief is ready to confront the most ruthless foe he’s ever faced. Step inside the armor of humanity’s greatest hero to experience an epic adventure and explore the massive scale of the Halo ring.

Halo Infinite can be downloaded from the Xbox store today!

Of course, there’s much more to this wiki than just ‘’Halo Infinite’’. We cover the whole breadth of ‘’Halo’’ content, all the way back to the very first instalment at the beginning of the 21st century. Browse our content using this handy guide:

Halo Alpha is an online database documenting the Halo Franchise. If you're a Halo fan, you've come to the right place to delve deep into the Halo Universe.

We also have a place for getting to know each other and to talk about Halo in our Discussions. Whether you are here to start editing or to chat with fellow users, you are welcome to sign up for an account!

This is a list of recent announcements, which are important either to Halo or to the wiki.