Halo Custom Edition, sometimes abbreviated Halo CE (which is also often accepted as an abbreviation for Halo: Combat Evolved), is a free expansion for Halo PC. It requires a Halo PC product key to run.

A rules feature can be viewed by pressing the F2 button (with default settings). It displays all of the specifics for the gametype currently being played in the server.

In addition to the Rules feature, pressing F3 (by default) will display the name of all allied players above their respective green arrows, so long as friend indicators are enabled in the gametype. This is extremely useful on large maps, where locating a specific player would otherwise be extremely difficult.

With the Halo Editing Kit, AI characters can also be added to a map. This has allowed some mapmakers to create their own mods that can be played like a campaign mission with checkpoints and objectives, and with some skill, cutscenes. People can also make "teams" of AI that will fight each other. The player can fight alongside Elites and Grunts against Marines, or vice-versa. Also, some mapmakers have made some entirely new biped AIs, such as retroactively adding Brutes to the Halo campaign.

The Developer mode, commonly referred to as the devmode, is used to execute commands in Halo: Combat Evolved for the PC. It is used by map designers to test out maps they make. Some designers created a specialized devmode program called "alldev." This allows Custom Edition users to open devmode on servers that they created. Devmode can be used to many uses like giving players bottomless clips or unlimited health. Devmode is also used to play single player maps made for Halo CE. 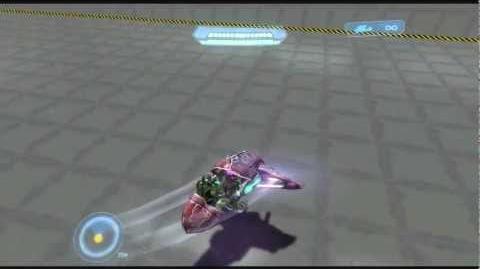 The engine has become frustrating to many map developers, as more complicated features require more complicated procedures. Theoretically, everything possible with other Halo engines is also possible with Halo CE, but is often imperfect. Mappers have come up with a make shift boosting system through continuous damage indicators, usually behind the player, to speed up the vehicle. This has been modified to deal 0 damage, but still shows arrows indicating damage on the HUD. This technique is no longer required with Open Sauce 3.1 .

There are also possibilities of dual-wielding, although still imperfect. The user converts it into one weapon, replacing the secondary trigger (grenades) for the secondary weapon trigger, although when you pick it up, you instantly pick up two instead of one. One of the most frustrating was the limited space for tags, one of the problems the Custom Mapping Team has faced. This has not been a concern to many mappers, though.

Several modding communities have emerged since the advent of Halo CE. One of the most prominent communities is Halomaps.org, which has the most updated multiplayer custom maps. Modders use the Halo Editing Kit to incorporate custom models, images, physics, and data into an easily distributed .MAP file, which is compressed and uploaded. In the game, many clans establish themselves to fight one another on custom maps. They train intensely on some maps, which extends and steepens the learning curve for many players. Halo Custom Edition has also been used for several Machinima videos. As such, there are several modded versions of existing maps, not to mention some completely new maps designed specifically for Machinima. Another popular idea is to make a map series which is like a video game series, but much smaller.