Halo Infinite[5][6][Note 1] is the upcoming sequel to Halo 5: Guardians and the third part of the Reclaimer Saga. It is being developed by 343 Industries, and will release on both Xbox One and PC platforms in Holiday 2020. Halo Infinite will additionally be a 'Project Scarlett'(Xbox Series X) launch title. [1] As of September 25, 2015, planning had already begun on the game, and its story was in production, with the writing process having already commenced in some capacity.[7] Halo Infinite will have a story that is “much more human” than Halo 5: Guardians',[8] and will “double down” on Master Chief, giving him more focus than he received in the previous game.[9]

Halo Infinite will likely feature the cooperative play system of Halo 5: Guardians.[8] Furthermore, it will support splitscreen[10] and it will also have a beta prior to its release.[11] There will be no Battle Royale mode featured according to Jeff Easterling's claim “The only BR we're interested in is the Battle Rifle”, in response to the popular trend during a livestream.[12] Halo Infinite was not present at E3 2017, and at the time, Jeff Easterling stated in a Halo Waypoint blog post that its reveal “won't be soon”,[13] implying a longer than usual development cycle for a main Halo game.

Halo Infinite is built on an entirely new engine, titled the Slipspace Engine.[14] The game will also receive a beta.[15] Infinite will not feature loot boxes that can be purchased with real money.[16] 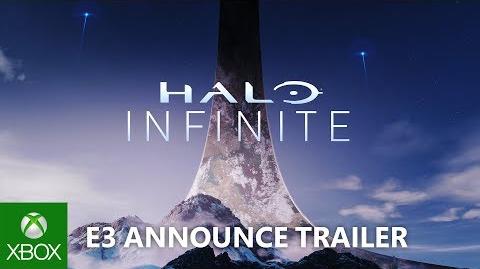