Halo Wars: Definitive Edition is a port of 2009's Xbox 360-exclusive Halo Wars, and was released on December 20, 2016. Halo Wars: Definitive Edition was initially exclusive Xbox One and Windows 10, in the Ultimate Edition bundle of Halo Wars 2.[2][5][6] However, it was later released as a standalone game, available for individual purchase outside of the Ultimate Edition bundle, on April 20, 2017 on Steam, in addition to Xbox One and Windows 10.[4] It features improved visual effects, graphics and audio; support for up to 4K resolution on Windows 10; additional achievements and all the DLC that was offered for Halo Wars (including the Honor Guard Wraith and Fireball Warthog from the Limited Edition).

Halo Wars: Definitive Edition achievements are worth a total of 1,500 gamerscore. The game features 75 achievements with 23 achievements being obtained in skirmish or multiplayer. 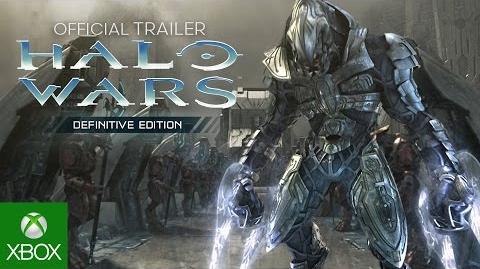 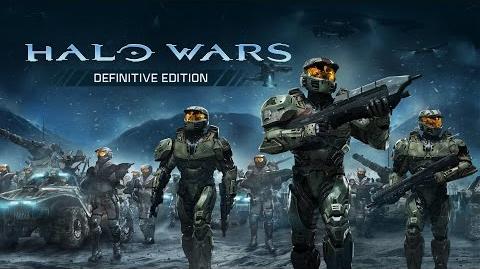 An early promotional banner for the game

Another promotional banner for the game.
Add a photo to this gallery

Retrieved from "https://halo.fandom.com/wiki/Halo_Wars:_Definitive_Edition?oldid=1811697"
Community content is available under CC-BY-SA unless otherwise noted.