Halo Wars 2: Awakening the Nightmare is a DLC expansion for Halo Wars 2. It was released on September 26, 2017[1] for $19.99 USD on the Xbox One and Windows 10 platforms.[2] It contains new Banished leaders Pavium and Voridus, a new set of campaign levels, and a new multiplayer gamemode called Terminus Firefight.[1][2]

Additionally, two new multiplayer maps, Mirage and Fissures, were added to the game alongside the DLC. However, these are available to all players, regardless of whether they own the DLC.[3]

Awakening the Nightmare's campaign is set a few months after the conclusion of the main game's campaign. It centers on the Banished as they engage in a conflict with Flood survivors from the first Battle of Installation 00. The campaign is bookended by prerendered cinematics produced by Blur Studio.[2]

Terminus Firefight tasks teams of up to three players with simultaneously defending their bases and a Forerunner terminus node from waves of hostile UNSC, Banished, and Flood troops. Players have the ability to build defenses such as barricades and spike floors to hinder the enemy's efforts.[2] 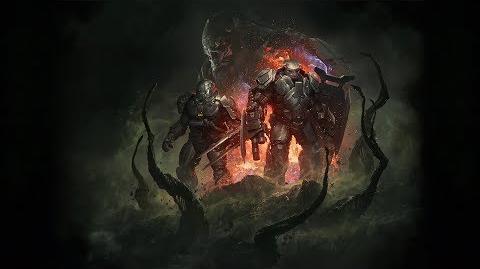 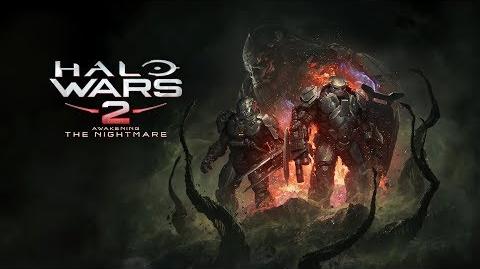 A promotional image for the DLC.
Add a photo to this gallery

Start a Discussion Discussions about Halo Wars 2: Awakening the Nightmare