Headlong, also known as War Games Map_Set/: 622-3,[1] is a multiplayer map in Halo 2. This map was remade in Halo: Combat Evolved Anniversary as Breakneck.

Headlong is set in the city of New Mombasa. This map was found mostly in Big Team Battle Matchmaking Playlists due to the size and number of vehicles, with Capture the Flag and Assault being the most common game types assigned. This map seems to be a port under construction.

Headlong is also the map in which the game "Rations," the inspiration for the infection gametype Save one Bullet in Halo 3, was played. The players starts off with a pistol and shotgun and must escape the zombies with energy swords. The weapons on the map are shotguns and they do not respawn. Some of the features are a half-assembled bridge, two teleporter systems, two floating cranes, Active camouflage, an Overshield, and a large base under construction. The default vehicles for this map are two Warthogs (either a normal Warthog or a Gauss Warthog), two Ghosts, a Banshee, and a Scorpion or Wraith.

The obvious tactic for this map in Slayer is to get to the high ground. The recommended weapons are usually a Sniper Rifle or a Battle Rifle, along with a short-range weapon to complement them. Just stay in the buildings and pick off the players beneath you. However, it is safe to say that you won't be alone due to the fact that the map is only found in custom games and Big Team Battles. There is no cover in the center of the map so it's better if you stay in the buildings or on the catwalks that link them together.

The best combination for this map is a mid-range and a short-range weapon, for example Battle Rifle and a Shotgun, the Battle Rifle being for open area encounters, and the Shotgun being for close-quarter combat encounters with opposing players. There are also about three areas of the map only reachable by Banshee. One of them is a large roof atop one of the buildings near where the Warthogs spawn. It is almost at the height that the game wont allow the banshee to fly above. This is a great place to snipe people from way afar and you can see a great deal of the map and if you run out of ammo, you can always jump.

The Rocket launcher is also advisable due to the large number of vehicles on the map.

This is a more direct strategy but usually works. When you go to attack the flag base, rather than making some elaborate route to attack the base, get two or three special team-mates to run through the bottom of their base and have the rest of the team go to the base through the top. The distractions from your other team mates created at the top of the base will give way for you and your other teammates to go up to the base with no problems. Any player run into could be easily overcome by your team-mates. Then grab the flag and instead of jumping down, run towards the lift and take that way out. Have somebody ready with a Warthog outside the building with the energy sword.

When the player carrying the flag comes out he jumps in the warthog and goes to the base and returns the flag. The beauty of this technique is that you are not going to be as predictable as others you go through the airlift. You do not jump down and struggle and go on into a long battle over the flag. This is where most people either get the flag or lose it. However this tactic relies on a lot of good cooperation and communication between teammates. 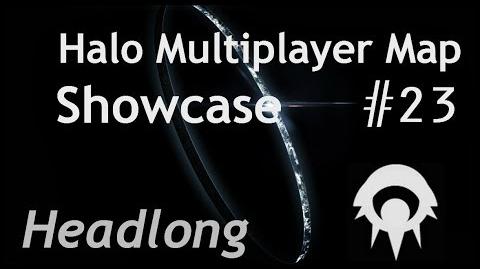