Highlands is one of three maps in the Defiant map pack designed for Halo: Reach.[1] The map is set in a UNSC SPARTAN-II training facility in the Military Wilderness Training Preserve within the Highland Mountains on Reach. Outside the playable space, Covenant CCS-class battlecruisers can be seen glassing the surrounding environment.

The following are locations on the map that are so named on the player's Heads-up display during gameplay: 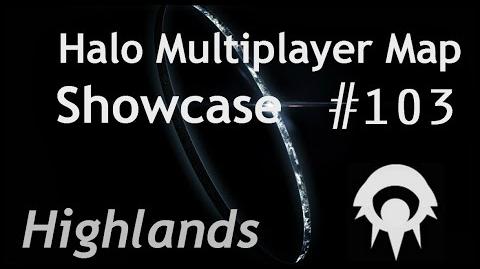 Concept art of the map, showing a more lush art direction than in the final map.

A general view of the map.

A battle on the map.

A Spartan destroying a Banshee.
Add a photo to this gallery

An overhead image of Highlands.
Add a photo to this gallery

Retrieved from "https://halo.fandom.com/wiki/Highlands?oldid=1791215"
Community content is available under CC-BY-SA unless otherwise noted.