Ice Fields is a multiplayer map exclusive to Halo PC and Halo Mac. The map's environment is similar to the Halo: Combat Evolved campaign level Assault on the Control Room.

Ice Fields consists of two bases at either end, each housing a Shotgun, a Flamethrower, a Plasma Rifle and an Assault rifle. Each base also has a Warthog and one Rocket Warthog by default settings. There are two tunnels on the map, each leading to the center bridge which holds the map's main Overshield. Below the bridge, there are two Teleporters. Near these are either Active camouflage power-ups or Overshields. This map is based on the Halo: Combat Evolved campaign level Assault on the Control Room. 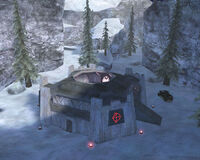 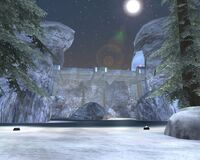 The bridge in the middle of the map. 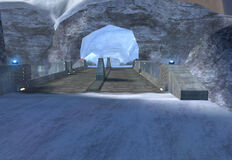 Another view of the bridge. 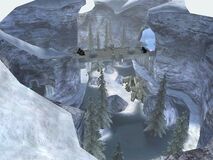 Ice fields seen from above.