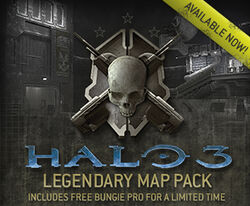 The Legendary Map Pack is the second map pack that was released for Halo 3. It first appeared on the Xbox Live Marketplace on Tuesday, April 15, 2008 at 2am PST (9am UTC/GMT).

All Human vehicles on this map are snow-camouflaged, and two vehicles, the Hornet and the Scorpion tank, are now available on this map in Matchmaking. However, the Hornet, which was a Transport Hornet, was "toned down" for Matchmaking due to balance issues. Avalanche was codenamed Cottonball.[citation needed]

The remake of the popular Halo 2 map; Lockout, Blackout was designed with a human theme layout unlike its predecessor Lockout, which had a Forerunner theme instead. However, they were both based in cold climates.

Blackout's setting is an abandoned drill platform in the Arctic, and has spectacular views of icy oceans and glacial formations. Blackout has a few spawn point changes that differ from Lockout. Blackout was codenamed Moonlight Sonata.[citation needed]

An entirely new map as announced by Bungie, Ghost Town bears a slight resemblance to the Halo 2 map, Turf. The map also may remind some players of a map of another popular FPS game, Counterstrike, due to its human-themed layout. Ghost Town was codenamed O.K. Corral.[citation needed]

A couple of alternate maps were originally slated for the Legendary Map Pack, though they did not progress as fast as expected.

For this reason, the maps Assembly and Orbital were not released in this map pack. However, these maps are now complete and were released as part of the Mythic Map Pack.

Forge Filters are forge objects that change what the map looks like by using effects. The effects were made to make the custom game and forge experience more entertaining according to Bungie.

There are six different Forge Filters to choose from, each one changing the map's look in some way. They are "colorblind"; "gloomy"; "juicy"; "nova"; "old timey" and "pen & ink." Cold Storage also has Forge Filters.

The trailer was called "Darkness," after the poem of the same name written by Lord Byron. The spoken lines are the beginning portion of this poem concluding with a line from the middle. It was also voiced by David Scully (who voices Avery J. Johnson and most of the Sangheili). The trailer was released on April 3 & can be downloaded from Bungie here.

A Video Documentary called "Mapmaker, Mapmaker Make Me a Map" by several DLC designers, contributors and leads was posted on Bungie.net on April 9.

It features three different Bungie employees for each map that worked on the particular map and is done in a machinima style. It goes in depth about the canon behind the maps, their overall design and structure, as well as some of the Forge items available. The Forge Filters were shown in action for the first time. You can download it here or watch it here

Bungie has confirmed on update 3 July 2008, that the Legendary Map Pack would no longer cost 800 Microsoft Points. It would be 600 Microsoft points from 7/7 and all legendary map purchases after 7/7 will no longer include the free bungie pro bonus.

Also, for one week (Tuesday, December 2 to Monday, December 8) in 2008, the Legendary Map Pack was available for 400 Microsoft points, or 5 USD. It is currently unknown when it will be free for download, due to the Halo 3 DLC, the Mythic Map Pack that was released on the Xbox LIVE Marketplace as well as with the Limited Edition of Halo Wars. It is known, however, that the Legendary Map Pack was included in Halo 3: ODST.

The Legendary Map Pack had another permanent price drop during E3 to 160 points. 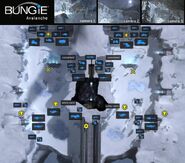 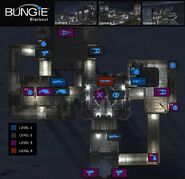 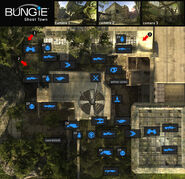