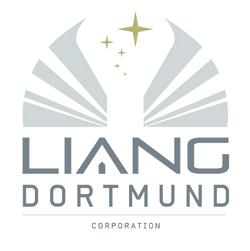 In 2556, Liang-Dortmund's aerospace division created the Alluvion Research Center on Alluvion while under contract with the UNSC. They were attempting to harness a newly discovered fuel source in the Sundark Sea. A year later, the pylons holding the sea back, turned off and the research was ended.[4]

At some point after the Human-Covenant war, Liang-Dortmund began deglassing Meridian.[1][2] In 2558, the planet of Meridian came under attack by Created forces.[2] It turned out that a Guardian was buried near Meridian Station.[5] It activated and destroyed the only Space elevator on the planet, Pinnacle Station as well as Meridian Station. Following that, the company relocated their Meridian HQ to Darkstar Station.[6]

Liang-Dortmund helps to remove the glass on planets, such as Meridian. This is achieved by large drills,[2] and by mining rigs which can drive along glassed surfaces.[7]

Liang-Dortmund also utilises the Brahman Light Hauler for smaller aerospace cargo transportation. They also use the Arilus with a drill attachment, the SL-4 Forklift, and the Komodo Rig mostly for fuel and power transportation.[17] They have specially designed Mining Rigs to help break through the glasslands.[7]

Liang-Dortmund also uses the EM-240 Neides Drill to help puncture through the glasslands.[17]

Liang-Dortmund set up in the Meridian glasslands.

The Alluvion Research Center.
Add a photo to this gallery

Retrieved from "https://halo.fandom.com/wiki/Liang_Dortmund?oldid=1791808"
Community content is available under CC-BY-SA unless otherwise noted.