The McFarlane Toys Halo: Reach Vehicle Series is a series of five-inch action figures made by McFarlane Toys based on the vehicles in the upcoming game, Halo: Reach. So far, there are three figures that are known to be in the series.

The Warthog figure is modeled after the M12 Light Reconnaissance Vehicle with a M41 Light Anti-Aircraft Gun. The figure can hold up to three five-inch SPARTAN figures made by McFarlane. It features includes rolling wheels, turning steering wheel, spinning gun turret, and the turret can be elevated. 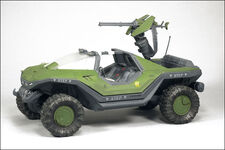 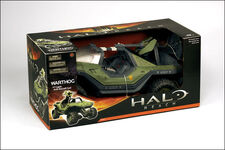 The Ghost figure is based on the Type-32 Rapid Assault Vehicle. It can hold one figure of various sizes that was made by McFarlane. It features pivoting nose guns, moving wing flaps, rotating grip controls, and a sliding seat. 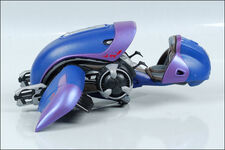 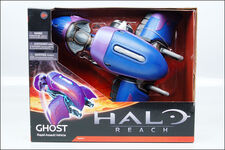 Retrieved from "https://halo.fandom.com/wiki/McFarlane_Toys/Halo:_Reach_Vehicle_Series?oldid=1792202"
Community content is available under CC-BY-SA unless otherwise noted.