I am requesting a promotion in C company due the myself fixing all of the double redirects, and some of the broken links and many other fixes.

Can you return to IRC because I want to talk to you about deleting one article.--Spartan-781

Hey RR I was kindin, wondering whether I could get like a position for The Oracle Newsletter. If so it would be greatly appreciated!!!!Fork 00:54, 10 August 2007 (UTC)

I was wondering if I could recieve Rollback Rights. I've made around 2,000 edits, with 1,200 of those being main edits.

I have a link fresh from the Bungie forums. An analysis of the DNA base pair sequences included in one of the files Thought I'd give this to the resident Biologist. Alligator DNA. Included in the video was a set of what looked like binary numbers. I'm going to try to decode it.

PS: Interesting... Another B.net poster has identified the term "CM analysis" as Correlated Mutations Analysis. I suppose server 05 will put the pieces together -- HOIST THE COLORS

Well, it says "Combat and Assault variants." Since only the default armor and the variant we've seen already are shown in the pic, I assumed it refers to these. Since "Combat" is a more general function than "Assault," I think it seems more likely that Combat is the name of the standard armor. -The Dark Lord Azathoth 03:31, 10 August 2007 (UTC)

Thanks a bunch for the Rollback rights!

Have an awesome day

BTW, I re-did my page, and I was wondering what you thought of it.

You think so? I always thought it was original! ;p

And thanks again for the Rollback Rights, now that i'm a Colonel in the UoH, I thought it would be time to request them.

Anyways, i'm off for the night, going to go watch The Office and a couple of movies maybe.

RR, I'd hoped to be around more than I have this summer before college. For a while there, I had plenty of time. Unfortunately, since my brother's accident and the barn burning, I've been trying to pick up the slack, which leaves little time for my work here. We'll see how college affects my schedule. All the same, I apologize for the lack of activity as an internist for The Oracle. I'm afraid that, until I know that everything is straightened out, I'm going to have to take a sabbatical from that. For the next few weeks, while I'm trying to cram in girlfriend-time, packing, and last minute hangouts with friends, things will be busy. Once I'm moved in, though, I should be back on schedule. Regards, --Lieutenant Ghost 04:07, 10 August 2007 (UTC)

Thanks for making me the (temporary) leader of GoH. I had no idea it existed before yesterday, and now I'm in charge of it. I'm honored to be given such a position. However, as I've never been in charge of, well, anything, I must ask what my responsibilites are as an "Overkiller."

I look foward to taking on this role, and I will do my best. My knowledge of the Halo series' gameplay will help me out a great deal in this task.

P.S.: Sorry it took so long to reply. I've been busy doing other things and I haven't had the time. Also, I noticed that my name isn't on the GoH list. Since I've been made a member, should I just go ahead and add it myself, or should I leave that up to you or Guitarplayer001?

Hey, my name is Cody233 on wikia but I just wasn't logged in-I added the campaign chapters, and obtained them from the website 7th Columnist,-they have proved to be a reliable source because of certain amazingly accurate Halo 3 predictions, such as their delving into the Halo 3 Beta Code to find a list of vehicles for halo 3, so I think it is fair to trust the information from their website.

Thanks for welcoming me! I'm really glad I joined; I feel a lot more involved in the Halo Universe now! (You don't have to reply to this message)

Yello! (You know, Yo and Hello together? It's a play on words. You see...ah, nevermind.) Edit

Thanks for the warm greetings. Halo isn't exactly my forte, so I probably won't edit much other than voting for stuff, but I do love Halo and appreciate the time and effort you guys have put into this project. Lata, breh. SaviorOfImagination

I have a suggestion! Edit

I have a suggestion for a picture that goes above the search function. I have seen two Dual-Wield ones, so one of them could be deleted and this one could be added in. A picture of the Jackal Shield, and, of course, would like to the Jackal Shield page when you click on "What's This? (...) user:Epeu

That is because RR stopped it from being recreated. ;) You, see, the article isn't needed anymore. --Blemo

I found a vandal he vandalized/moved a page and said that wikipedia supports nazizm...lol link i dont know how to fix this i think he moved it....you should be able to un-move it, right?

Want me to archive your talk page for you?

RE: Im Back Edit

4 player Co-op cool. And I read the bulletin or "Heads-Up" as I like to call it about the two new Weapons. Alot can happen in a month. Also when I left we (Halopedia) were in the middle of the huge arguement about the which user groups stay and which are useless and should be deleted. What happend. I went for only leaving UoH, CoH, FoH and PoH. --MYH.Q.

What do you mean about B or D? Are you talking about bra sizes or something?

Well thanks for the consideration. And yeah, I do need to go onto the IRC more.

I love what you (at least I think it's you) did to Halopedia with the darker skin! It looks cool (and in the language of Guestyese, INCREDABLEH SEXEH!) Unfortunately, the log-in page, other several other special pages, userboxes, and a ton of other pages (like my userpage :P) with skins are harder to read, because the font just blends into the darker skin. :P It's either that, or it's just the weird computer at my hotel... :P --Blemo

ok, now the progress wheels look jacked-up and some templates, like the character templates' words can't be read as easily. can you fix it, but still keep the skin? or... sumthing? :P --Blemo

Check Forum:New skin. Vote on whether you like the new black color that makes lots of text unreadable, like this:User talk:spartan781.--Spartan-781

The site is now gray. it looks funky-ier but the templates like the weapon templates arent showing information. which sucks a little bit.--Swearingmonk 10:41, 13 August 2007 (UTC)

Can you help me with the confirmation of this image? Im not sure if it is Copyrighted or not, i got it at halo3.com. 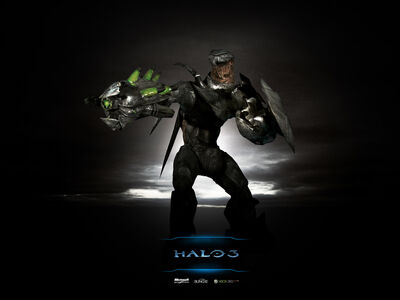 lwt me know if it is or not and i'll know weather to put it on the Hunter article.

Retrieved from "https://halo.fandom.com/wiki/Message_Wall:RelentlessRecusant/Archive_118"
Community content is available under CC-BY-SA unless otherwise noted.