The Microsoft Sam Easter Egg is an Easter egg which can be found on the Halo 3 level, Covenant. It must be done on Normal or higher difficulty and the player must start from the beginning of the level. 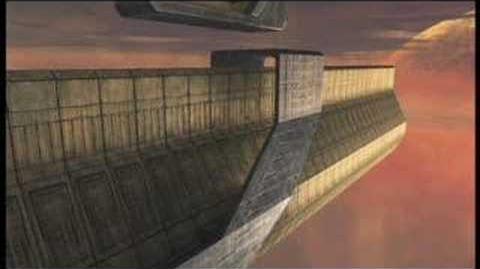 After you have defeated the Scarabs, obtain a Hornet or a Banshee and fly to the right ledge of the Citadel. Walk straight till the end of the edge, reaching a wall. It takes about 2 – 3 minutes for you to hear Microsoft Sam commenting on the game and its developers.

Sam: "I am a monument to all Marty's sins lololol."