Inside the Pious Inquisitor above Earth

Midship is a multiplayer map in Halo 2.

Midship is a small Halo 2 multiplayer map, ideal for duels and small free-for-all games. It takes place on the Covenant warship, Pious Inquisitor. Although not exactly symmetrical, it is considered to be a symmetrical map, due to the fact that the asymmetrical sections are equal distances from each base. Midship prominently features the purple/pink color combination of most Covenant warships.

It is generally agreed upon that this is an excellent map to play Oddball, its variants, or a swords or shotguns-only free-for-all.

Midship features a luxurious bridge and has many hidden sniping locations. Having many players on this map makes camping increasingly difficult, which typically results in a more enjoyable playing experience.

It is possible to get out of the map. For this, you need two players, one with an Energy Sword. You need both players on the left side of the Carbine Tower. Have one person walk into the curved wall towards the middle of the level. The person with the Energy sword should be near the pillar. Slowly move out and then lunge at the other person. This will send you through the ground and outside into space, where you will usually die.

A little known glitch makes it possible to commit suicide with barely more than a piece of metal. Firstly, shoot one of the gravity lift generators, until a panel explodes and one of the metal pieces flies off. Make sure the curve is facing up. Then jump up and down rapidly on the metal. If it doesn't work, try jumping on a different part of the metal plate. If successful, your shields should show damage, or you will die.

There is also a funny way to die in this level. On one of the sides, there are two low energy shields. You can fall through the said shields, and doing so will either cause your body to jerk erratically or will stretch out one of your limbs.

It is possible to collapse the bridge in the center. Apparently, when 16 players jump repeatedly on the bridge, it will eventually fall.

It is also possible to be killed when the gravity bridge falls on you using the said technique above, and when it swings erratically it can splatter you. Both of these are killed By The Guardians kills. 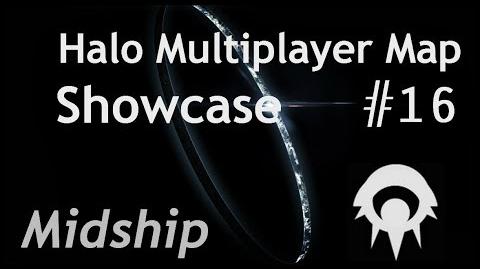