Mountain Dew Game Fuel is a limited edition Mountain Dew soft drink flavor produced by Pepsi Cola Inc. that has been used to promote the releases of multiple video games, including Halo 3 in 2007, and Halo 4 in 2012.

Originally, this citrus-cherry soda was released on August 13, 2007 for a 12-week limited edition run to promote the release of Halo 3, with packaging featuring John-117 and the Halo 3 logo.[1]

This flavor returned in 2009 to promote World of Warcraft and in 2011 to promote Call of Duty: Modern Warfare 3.

On October 1, 2012, it was officially announced that Game Fuel would be returning once again on October 15 to promote Halo 4 as a part of the DewXP promotion, which allows fans to go online and enter codes found on specially-marked Mountain Dew and Doritos packaging. These codes unlock extra in-game experience for their career in Halo 4 when it was released on November 6, 2012. This promotion was active in the United States and Canada, although Canada did not see a Game Fuel release for it.

This variant of the drink was designed specifically to target gamers, with a higher caffeine-content to "provide them with the boost they need to play for several hours". Each bottle of Game Fuel contained 120 mg. of caffeine in each 20 fl oz. bottle, and 48 mg. in each 8 fl oz. can. This was more caffeine than the amount found in original Mountain Dew, which attributes to why the product is a "fuel" for gamers.[2] 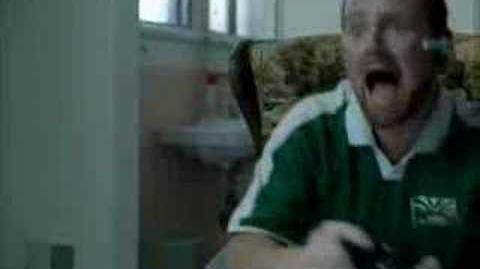