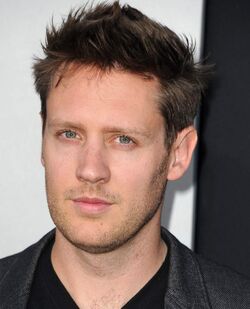 In August 2006, he was picked by Peter Jackson and hired by Microsoft to direct the movie adaptation of the hit video game Halo, which was due for release in Summer 2008 prior to its putting on hold by the involved parties.

Out the Door? Edit

After 20th Century Fox and Universal Pictures pulled out of the Halo Movie project (See Halo Movie Timeline), many speculated that both studios were nervous about having first-time feature director Neill Blomkamp directing the picture. However, Peter Jackson's representative, Ken Kamins stated that "Everybody is supremely confident in Neill, part of what excited Peter and Fran was Neill's vision. We're very confident this film will move forward with the creative partners intact, who will take the film to production."[2]

Neill Blomkamp made his directing debut with his film District 9, which was released on August 14, 2009.

Retrieved from "https://halo.fandom.com/wiki/Neill_Blomkamp?oldid=1792579"
Community content is available under CC-BY-SA unless otherwise noted.