Were you looking for the Halo 2 Vista achievement?

Outskirts is the fourth campaign level of Halo 2. As John-117, you must battle your way through the streets of Old Mombasa, Earth, with Marines to reach the beach. From there you head to a highway tunnel, which leads to the next level, Metropolis. This is also the first level in which you will encounter Jackals, Jackal Snipers, Hunters, and Phantom Dropships, as well as the first Halo 2 level in which you can drive vehicles, as well as the first mission to take place on Earth. Outskirts is also the level in Halo 2 that holds a record number of Jackal Snipers; a total of 22 in all, most of which are located in the notorious "Sniper Alley."

John-117 watches from the stern of a Pelican as the clouds roll by below.

A convoy of Warthogs are seen as the Pelicans pass over them.

Inside the cockpit of the Pelican, Johnson leans against the bulkhead behind the two pilots.

A Marine sniper-spotter team lies prone on a rooftop, and the Pelicans fly over their position.

Cut to an interior shot of the Pelican's troop bay. A Marine loads rounds into his Battle Rifle and cocks the weapon, while a sharpshooter examines a magazine before slotting it into his Sniper Rifle. A third Marine puts on a helmet,tapping it to make sure it's tight. The Master Chief stands silently, gazing at the streets below.

The pilot goes silent as a huge Scarab comes into view. Its leg spears a truck which explodes, then its main gun focuses and fires, destroying the lead Pelican. The two other Pelicans veer off, as Plasma Turrets on the Scarab's back track them. The leftward dropship, with Johnson and the Chief on board, catches a burst of plasma on its right flank, flips inverted, hits a building, and slides through a low brick wall, before blacking out the frame. We then slowly but surely fade in to a distorted version of the Master Chief's point of view, initially blurred and then becoming clearer after a few seconds...

As the Chief and the rest of the team arrive at a bombed-out building and a firefight breaks out.

Covenant Elites and Grunts appear in the area; upon sighting the team they open fire.

A few Covenant troops including Jackal Snipers appear on the rooftops.

When the first wave of Covenant forces are neutralised

When the second wave of Covenant personnel are neutralised

Jackals and a Minor Elite appear through the path you came in.

Eventually, a group of Drones flies into the courtyard.

Another wave of Covenant attacks again.

Minutes after this, the sound of a Phantom dropship engines drifts over the rooftop.

Once the Phantom drops off the another wave of Covenant and they are killed, another Pelican arrives, hovering over the courtyard.

Before anyone gets a chance to reach for a satchel, the gates begin to shake, raising dust. A few seconds later, it breaks, and a pair of Hunters arrive.

Once the Hunters are down.

When the team reaches the second courtyard and they encounter another Jackal sniper with various Jackal ranks supporting it.

When the team reaches the far courtyard, the Pelican drops off Marines.

Sergeant Johnson climbs aboard the Pelican and dusts off.

Once the Chief and the marines reach the Second squad's position.

As the Sergeant and the Chief moves into the darkened hotel...

Grunts and Elites come through the dark corridors. Stacker and some Marines fire on them. Emerging from the Hotel, they spot a Phantom dropping off several Grunts. A couple of marines pull up in a Warthog, honking the horn for the Chief.

A Day at the BeachEdit

As the Chief navigates the beaches.

Covenant Orbital Insertion Pods slam down on the beach all around the Chief, and armed Elites spring out of them. The Chief fights through them, more Jackal snipers in Deployable Lookout Towers, Elites riding Ghosts, and a Phantom giving cover fire for them. Eventually, he and what Marine forces left with him arrive at a large highway tunnel with an unmanned Ghost nearby.

The Chief proceeds to move into the highway tunnel.

Throughout the tunnel the Chief and his team encounter many Covenant positions consisting of Ghosts, Plasma Turrets, Shades, Drones, and even a few Battlefield methane tanks.

When the Chief comes across a group of Shadows in the inner tunnels.

The Chief destroys the Shadows and speeds through another Covenant defensive position whilst evading enemy fire and the rampaging Scarab outside the tunnel firing on the inside with assistance from Phantoms, and finally approaches the exit of the tunnel.

Pelican Dropships flying to New Mombasa. Solemn Penance is in the background with its Gravity lift activated.

John-117 and ODST defending New Mombasa from Covenant forces.
Add a photo to this gallery

Concept art of the Pelicans flying through Old Mombasa.

The beginning of Outskirts.

The hunters bursting through the doors.
Add a photo to this gallery 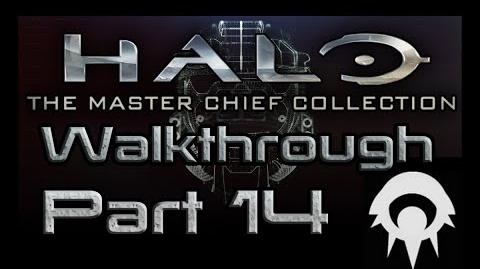 Retrieved from "https://halo.fandom.com/wiki/Outskirts?oldid=1808408"
Community content is available under CC-BY-SA unless otherwise noted.