“The Covenant have harnessed the waters of this moon to refuel their massive supercarriers.”
— Halo Waypoint - Halo Bulletin 11/9/11[1]

Penance is a Covenant dam built to control the waterflow of a waterfall on Buwan in order to provide fuel for the Covenant Navy. The map is still enclosed but not quite as much as the original. The area with the outstretched catwalks now hangs over a long fall to the bottom of the waterfall. The majority of the map has high rock faces leading up to the dam itself. 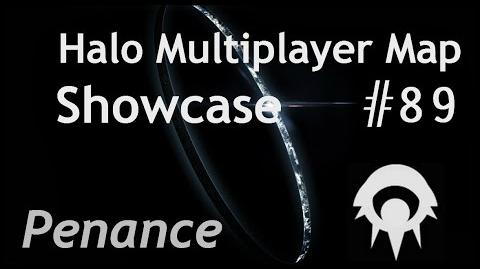 The button and the area in which the toy will appear.