Prisoner is a multiplayer map in Halo: Combat Evolved.

This map takes place in some sort of Forerunner holding facility for the Flood. It is symmetrical on exactly thirteen axes, making it a very tight map. The most interesting aspect about this map is the bridges, which are very useful for opening fire on opponents below but very vulnerable to snipers. The shotgun is the most useful weapon in these close encounters.

The most vulnerable spot on the map is the center; however, there is an active camouflage under the central pillar and a rocket launcher above it. It has a very "cramped" feel to it, and rockets and grenades are not recommended while going up or down one of the hallways. Some players make a 16 person CTF servers with only rocket launcher, fuel rod cannon and the Flamethrower. This creates a fast-paced, chaotic but balanced game where players seldom survive for over a minute. 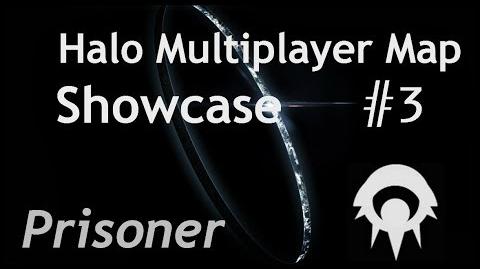