Valley, grass, rocks, snow, and rivers all contained within a canyon.

Ragnarok, also known as War Games Map_Set/: 733-4,[1] is a multiplayer and a Spartan Ops map for Halo 4. The map is a remake of the Halo 3 multiplayer map Valhalla which is both a spinoff and spiritual successor of sorts to the Halo: Combat Evolved map Blood Gulch.

Now integrated into the War Games simulation, this curiously hidden valley was once the site of a Spartan deployment.

There have been three missions on this map in Spartan Ops.

The map features a sparsely forested valley lying on a mountainous backdrop. The valley is decorated with hills, trees, rocky outcrops, a large Forerunner wall on one side, and is divided by a small river. The map also boast several new designs, such as the Gravity Lifts being given a new sleeker look.

During Big Team matches, the Mantis can be a game changer since the Mantis can destroy just about everything with ease. Banshees should try to avoid Mantis' at all costs as they can be ripped apart in seconds, though if you are willing to sacrifice your Banshee, focus all your fire on the enemy Mantis to help out your teammates. Mantis battles will be evenly matched, so any damage already done to the enemy's Mantis will help out a lot. To counter any vehicle on the map, Mantis included, you will need any type of power weapon, since long sight lines can allow for some damage to be done even before they reach you, such as the Spartan Laser which spawns in the middle of the map and snipers that spawn in each base. A Saw will also spawn to the right of each base, at the entrance to the tunnel area of the wall backed base and at the entrance between the two large rocks at of the beach backed base. In some game modes, a railgun will spawn over by the center rock discussed below.

In Team Snipers, the center rock will be where a team will usually hold out and force farther towards their enemies. This rock can be used to snipe anyone at either of the bases, or where the turret is in normal modes. Control of the rock decides the outcome of the battle, and both teams should try to hold it against the other.[2][3]

A very good tactic when you have the sniper is to hide behind the pelican, this will give you an advantage in sniping, since you can see both parts of the valley and easily hide. Active camouflage is the recommended armor ability for this spot.

Another good tactic when you have the sniper is to hide up on a small rock outcrop/ledge to the left of the base (which can only be accessed by jumping on the rocks positioned at its bottom). It is positioned by the before-mentioned wall backed base can provide excellent sniping opportunities, especially against the aforementioned hideout behind the pelican, and in combination with the armor ability active camouflage it is even more deadly. Sadly, however, its field of view is not as expansive. If you can't reach this spot on the first jump, don't be discouraged, as it often takes even the most experienced player several tries. 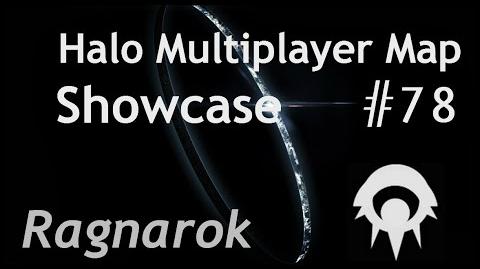