“We chose Timberland, kind of because it was an unsung classic.”
— BTS: Anniversary Multiplayer
“Overlooking one of Halo's impressive relay complexes, this idyllic cliffside once served as a UNSC staging area.”
— Halo Waypoint - Halo Bulletin 11/9/11[2]

Ridgeline is a multiplayer map from Halo: Combat Evolved Anniversary and the Anniversary map pack for Halo: Reach. It is a remake of Timberland from Halo PC, with updated alterations to the map's layout. 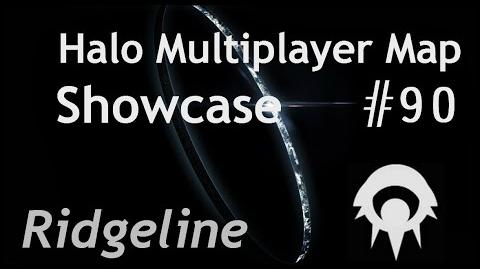 A Warthog gunning down an enemy Warthog.

A player going into Armor Lock to defend against an enemy Ghost.

A Spartan destroying an enemy Warthog with a detached Turret.

The Spartan Toy with the unknown helmet.

Another view of the map.

An overhead view of the map

Forerunner structure in the distance.