The Splatter medal is obtained by hitting and killing an opponent with any kind of vehicle. It is available in all Multiplayer gametypes as well as campaign levels and Firefight maps where a vehicle is available, and has a Bungie difficulty rating of 1 out of 10. It is represented by: 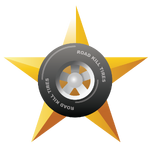 The medal in Halo 2. 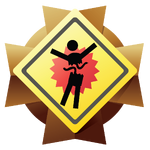 The medal in Halo: Reach.

A Mark VI Spartan splatters a CQB Spartan in a Mongoose.
Add a photo to this gallery

Retrieved from "https://halo.fandom.com/wiki/Splatter_medal?oldid=1801489"
Community content is available under CC-BY-SA unless otherwise noted.