The Stick It medal (also called Grenade Stick) is awarded for killing an opponent by sticking a Plasma or Spike Grenade to them. It is available in all Multiplayer gametypes and has a Bungie difficulty rating of 3 out of 10. It is represented by a 16-pointed bronze star with a 16-pointed blue star in it, and a blue sphere inside of that. After you kill an opponent by sticking a grenade to them, a message appears on your screen that says: "You stuck (player's name)." This is also a medal in the Halo 3 campaign. Sticking is very easy to do if you have the Catch Skull, because when an enemy leans to throw a grenade at you, they cannot dodge any grenades thrown at them during this time.

Sticking 5 players in a Lone Wolves game with any sticking grenade earns you the Lee R. Wilson Memorial achievement.

Note: It has also been seen as a rare occurrence that players can also be "stuck" with a frag grenade, which appears to get stuck under the helmet. This has happened as a glitch both at random times, and when players attempt to throw a frag grenade before completely exiting a bubble shield. Even when "stuck" with a frag grenade, the medal is still awarded and counted as a "stick." This is because of the game's scripting that says that if a grenade (besides a firebomb) is touching you when it explodes, it counts as a "stick." 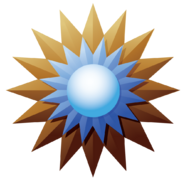 Retrieved from "https://halo.fandom.com/wiki/Stick_It_medal?oldid=1801482"
Community content is available under CC-BY-SA unless otherwise noted.