Very High (Depending on location within blast radius)

The TR/9 Antipersonnel Mine,[2] otherwise known as the Trip Mine or Mine, is a UNSC Equipment item usable in Halo 3.

The Trip Mine can be detonated by weapons fire, close proximity, or impact of an infantryman.[3] It does not use a remote trigger, however. The mine will explode after ninety seconds if not detonated before then. It is apparently capable of detecting the anti-gravity generators found on Covenant vehicles. It will not detonate, however, if a player crouch-walks over it. The technology it uses to detect nearby objects may be similar in nature to that of the motion sensor, which also fails to detect stationary vehicles and slow, crouched players.

Once deployed, it can be identified by a high-pitched beeping noise, four inner spokes that rise up, and a distinctive flashing bright orange light on its top. Its blast radius is considerably larger than a grenade or rocket explosion, throwing vehicles and personnel into the air. Despite this blast radius, however, Trip Mines can only slightly injure Spartans and Elites positioned near the edge of the blast radius, and it takes two direct hits with a Trip Mine to kill a Spartan or Elite. It will, however, kill Brutes, Grunts, Jackels, and unwary Marines, even if they are on the edge of the blast. The greater damage to Brutes may be due to the fact either that their armor has no shielding or is weaker than the Mark VI and Elite shielding.

The Trip Mine spawns by default on Sandtrap, Rat's Nest, and Avalanche. Jump Pack Brutes have been seen deploying the mines against nearby players in Tsavo Highway. Destroying a vehicle with the Trip Mine in Campaign or Matchmaking will unlock the We're In For Some Chop achievement. 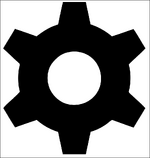 The Trip Mine HUD icon.

An active Trip Mine.

The general form of a Trip Mine's explosion.

An inactive Trip Mine.

Another inactive mine.
Add a photo to this gallery

Retrieved from "https://halo.fandom.com/wiki/TR/9_Antipersonnel_Mine?oldid=1799765"
Community content is available under CC-BY-SA unless otherwise noted.