Tempest is a multiplayer map featured in the Noble map pack for Halo: Reach. The map is set in a misty, open environment with many openings and chasms, for diverse combat in a Forerunner environment.[1] The map features a large Forge palette.

The map contains 2 Mongooses, and 2 Warthogs by default, but additions can be made in Forge mode. 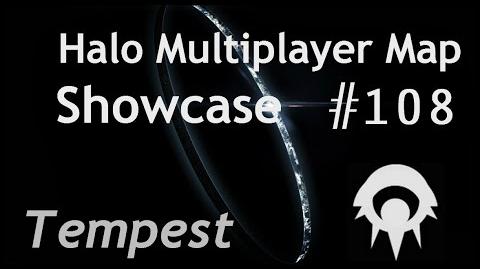 An overhead view of Tempest.

Another view of Tempest.

View from under a bridge.

A bird on Tempest.

A close view of the structures in the background.

Size discrepancy of the crashed Longsword.