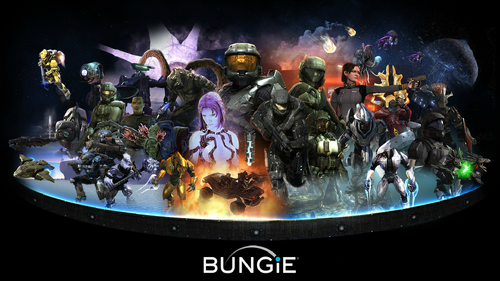 Early life and before the SPARTAN-III Program

Dylan was born April 6, 2532 into a modest lower-middle class family, his father a mechanic and his mother stayed at home, their marriage was rough to say the least and he vividly remembers some of their more blown out arguments. His family consisted of his parents, a brother, and 2 Labradors. He would often go fishing with his brother and father, taking advantage of the great fishing Roost is known for. Roost was glassed when Dylan was 7 years old while bike riding in the woods with friends nearby his house on Roost in the town of New Buffalo. A Covenant CCS class battlecruiser appeared over head, his friends stopped and gawked at the unknown Alien ship but Dylan did not hesitate and quickly ran into a culvert for cover, he tried to get his friends to run into the culvert but it was too late. He watched as his friends Matt, Michael and Scott turned to ash before his eyes, this memory particularly would haunt him for years to come but would eventually fade into memories in his later teen years. The invasion of Roost was swift and brutal Covenant dropships and cruisers deployed thousands of troops within minutes, the Covenant scouraged for 3 months trying to find any Forerunner artifacts. Dylan managed to scavenge for food and hid in the woods. At one point some Unggoy were throwing Plasma Grenades into the forest for fun, one grenade went off near Dylan while he was hiding and left a small burn mark on his right leg, his first of many scars inflicted by the Covenant. The Covenant quickly realized that this planet contained none of the artifacts they were looking for, glassed it further and left as quickly as they had appeared. Dylan crawled out from the woods and returned home. He found nothing but a broken house, the wood was all burned, and his belongings were indiscernible, his family was all dead and burnt nearly beyond recognition, he buried what he could and cried for a while before picking himself up dusting the ashes off and carrying on. He then hiked to the nearest city where survivors met up and reorganized. Dylan was taken in by what remained of the federal government on Roost and his biometrics were uploaded to the UEG databases. While physically the scans showed that Dylan was if anything un-athletic and rather subpar, the mental and psychological side of the scans showed a smart and passionate boy. One that was determined to fix what had been wronged or at the very least make somebody pay for the pain inflicted on him. No matter the cost to himself and he would be unrelenting and unwavering in his attempts to return the favor. Soon after on a stormy night filled with heavy downpours and loud thunderbolts, Dylan was approached by Franklin Mendez and given the opprotunity to join the SPARTAN III program. Angered and lost by the death of his friends and family Dylan saw no other place he could belong and contemplated the offer or the possibility suicide, but went with the former option and accepted the offer hellbent on revenge.

While Dylan was by all means quite similar to the other SPARTAN III trainees of BETA company being an orphan from an Outer Colony himself, Dylan was quite socially inept for the early years of his training. Struggling to gain a social foothold among his peers the suicidal thoughts did come and go from his mind time to time but he always pushed them out of his head and carried on. He routinely thought to himself "If I am dead who is going to get my revenge?" Dylan was especially singled out during physical exercises because his peers realized he lacked the raw talent and athleticism that they had. While he tried his best to improve it was little use, he was competing and training with some of humanity's most gifted children. Between ages 7-11 Dylan was prone to public outbursts of either sadness or anger, this outbursts still did occur occasionally in his teens. Dylan has personally admitted that he wears his heart on his selve but to him showing your true emotions takes much more strength than just merely hiding them away, he seems to be rather proud of this personality quirk of his. He was one of the most common visitors to the psychologists on station, many of whom knew him well or at least by name. One psychologist even administered an outdated and nearly ancient Rorschach test on Dylan for their own amusement. But slowly and surely Dylan gained greater control of his emotions and was able to gain a lot more social skills, albeit still somewhat awkward. Dylan commonly tried to be a jokester but this often just bit him in the ass and either wound him up in trouble or offended one of his peers. With his newfound confidence and improved social skills he made more attempts to make friends among his peers. His peers however had already judged him, all of them were set in their friend circles and unwilling to let newcomers into their tight knit circles. Despite whatever Dylan had in common with his peers such as intelligence, personality, hobbies, interests or sports such as track and field (A favorite among the SPARTAN III of BETA company) or how hard he tried to be friendly and likable he failed every time and never truly had any close friends during his training years. His peers were supposed to be teammates and close friends and yet to Dylan they felt and still feel like nothing but acquaintances. He was closer to many of his mentors and commanding officers than his peers. Dylan spent long hours researching and studying ancient warefare such as aerial combat in World War 2 for example. He studied conflicts and tactics hoping that one day they would be of use in the field as a SPARTAN, or at the very least keep him occupied during the downtime between training when he was typically alone. However during simulations Dylan began to stand-out to Colonel Ackerson and Franklin Mendez, Dylan showed natural proficiency with marksman weapons such as the Battle Rifle, DMR, and Sniper Rifle. He proved himself time and time again as a reliable and ingenuitive combat engineer, sapper, and demolitions often thinking outside the box in very unorthodox manners with results ranging from praiseworthy to cringeworthy. As a pilot Dylan was not naturally fit for it but over time and studying he proved to be on the levels of other top SPARTAN pilots such as fellow BETA Company trainee SPARTAN-B312, Dylan befriended B-312 as much as one could given B-312's quiet and passive social behaviour. These two often trained on Falcon and Pelican simulators together discussing knowledge and often dueling. Over the years of grueling training Dylan's grit, abilities, and ever abundant persistence allowed him to defy all the odds and impress Ackerson and Mendez. Nothing Dylan possessed physically was impressive over the other candidates but his drive and determination were remarkable. Dylan had passionate and raw emotions that Mendez saw potential for Dylan to push himself to improve and become far more than some of the other SPARTANS of BETA company. When asked by the higherups at ONI why Ackerson and Mendez wanted to outfit Dylan in MJOLNIR, a seemingly spastic runt with expensive power amor, Mendez simply replied "This kid is danagerous."  Dylan was pulled out of SPARTAN-III Beta Company prior to Operation: TORPEDO, a dangerous mission which showcased the true purpose of SPARTAN-IIIs. To send SPARTAN-IIIs into suicide missions and to trade lives for strategic wins in order to buy the UNSC as much time as possible. Only two SPARTAN-IIIs, survived Lucy-B091 and Tom-B292. Dylan-B373's mental state became a source of argument between Franklin Mendez and Colonel Ackerson. Ackerson argued that his social discomfort with his peers means that he should fight alone without other Spartans. While Mendez claimed that B373 would not be effective as a lone fighting force and despite his animosity towards his peers needed to be put into a team with fellow SPARTAN IIIs.

Dylan-B373 wondered why he was chosen for the SPARTAN-III Program, because he realized that he was physically inferior to most of the other trainees. Dylan-B373 later found out from Mendez after the Human-Covenant War, that he was chosen because of his stamina, Dylan-B373 was the best long distance runners of any  of the Spartans, while not being able to achieve the top speed of SPARTANs such as Kelly-087, B373 could hold speeds of 30mph for long periods. In one battle when radiation flares from Covenant Glassing scrambled communication relay, B373 was able to cover 27 miles in under an hour, to help re-group the scattered UNSC forces and organize evacuations off the doomed planet.

Retrieved from "https://halo.fandom.com/wiki/User:DynamiteDylan73?oldid=1813685"
Community content is available under CC-BY-SA unless otherwise noted.