NOTE: IT'S S, NOT W, BECAUSE MY COUSIN'S FIRST NAME BEGINS WITH AN S, AND SOMETIMES HE PLAYS WITH OR WITHOUT ME. IF HE IS PLAYING WITHOUT ME, HE WILL TELL YOU. 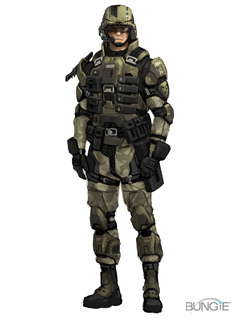 I have a very small and recent website here: http://www.freewebs.com/war-is-history/ideaforums.htm

Ah, welcome to my userpage. Today is Tuesday, August 11 2020. Caboose, thanks for the help if you're reading this. I'm forever in your grattitude. Anyone can call me JWR or Wolfenhawk if they want. I love Halo, especially Hunters, Elites, the Marines, and Spartans. However, I also like Star Wars, any games that have the word Sid Meier's in the title, RvB, Risk (board game), pirates (it's kinda obvious isn't it), and POTC. Personally, I thought this site was really cool so I got a membership. I'm also the founder of the Rebels of Halopedia. I hope to get to know everyone I can here! My favorite song artists are: Linkin Park, Good Charlotte, Breaking Benjamin, Fort Minor, Green Day, and Weird Al Yankovic (god he's just soooo funny.) My name comes from the term Jolly Roger and the pirate Bart Roberts, the greatest pirate of all time (for those who wanna prove me wrong: Cheng I Sao's pirate organization had fishermen who donated ships to her when they joined.) Anyway, Bart captured over 470 ships in about 3 years. Oh, and W stands for Wolfenhawk, a name given to me by my cousin (okay, I kinda "borrowed" it). I'm extremely interested history, especially wars. I like reading about Halo, pirates, WW2 (specifically the nuclear bombs dropped on Hiroshima and Naginsaki), school shootings, Artemis Fowl, and Harry Potter. I'm thinking about being a historian or a marine, but I might be a psychologist to help kids and prevent school shootings. I also have a few other occupations I might want to have, them being: a lawyer, genetic engineer, PI, or maybe even a teacher. Now if I may change the subject, I show tons of pride towards my country and Great Britain, the land of my ancestors. My ambition is to go there and visit the town my I think my ancestors lived in (it's hard trying to look up your ancestors in the U.S. because of things like the burning of D.C.). Recently, I have been thinking about learning Japanese. Anyone who wants the pirate userbox in my userbox section the code is at the end of this section. Thanks for making it Spartan 1138!

Put your name here if you want to be my friend.

I think, therefore I am. -René Descartes

Me, I'm dishonest. And a dishonest man you can always trust to be dishonest. Honestly. It's the honest ones you want to watch out for. Because you can never predict when they're going to do something incredibly... stupid. -Johnny Depp as Jack Sparrow in Pirates of the Caribbean

Cortana: What if you miss?
Master Chief: I won't. -Cortana and the Master Chief from Halo

Dear humanity, we regret being alien bastards. We regret coming to Earth. And we most definitely regret that the Corps just blew up our raggedy ass fleet! -Sergeant Johnson from Halo 2

(Kurt is surrounded by Covenant forces)
Elite Leader: One last fight, demon. You will die and we shall reopen the silver path.
Kurt:Die? (Laughs) Didn't you know? ...Spartans never die.
(Kurt triggers a pair of FERNIS nuclear warheads) -Kurt-051 and a Sangheili Fleet Master from Halo: Ghosts of Onyx

One of the goblin's generals, and this is their top fairy, was caught trying to pass off a forged credit card, because he signed his own name. -Foaly from Artemis Fowl: the Artic Incident

It is well that war is so terrible — otherwise we should grow too fond of it. -Robert E. Lee

This is the way the world ends
Not with a bang but a whimper. -T.S. Eliot

The shot heard 'round the world. -Ralph Waldo Emerson

From the halls of Montezuma, to the shores of Tripoli,
We fight our country's battles in the air, on land and sea.
First to fight for right and freedom, and to keep our honor clean;
We are proud to claim the title of United States Marine.

Our Flag's unfurled to every breeze from dawn to setting sun.
We have fought in every clime and place, where we could take a gun.
In the snow of far off northern lands and in sunny tropic scenes,
You will find us always on the job, the United States Marines.

Here's health to you and to our Corps, which we are proud to serve.
In many a strife we've fought for life and never lost our nerve.
If the Army and the Navy ever look on heaven's scenes,
They will find the streets are guarded by United States Marines. -the United States Marines Hymn

Behold. I have become Death, shatterer of worlds. -one of the scientists working on the Manhattan Project

A merry life and a short one for me, shall be my motto. -Bart Roberts

In an honest service, there is thin victuals, low wages and hard labour. In this piracy, plenty and satiety, pleasure and ease, liberty and power... -Bart Roberts

Hmmph, Canada. Well I wonder whats he's doing there? Oh well it's probably none of my business. Besides he was probably on a plane when the pilot died from a heart attack and then the plane crashed so he had to survive on his own. And in his fight to survive he encounters many dangers when he gets attacked by a porckypine and the rammed by a moose, bitten till he was swollen by mosquitos and his shelter was destroyed after a tornado and an invading bear. But he swims in a lake that the plane crashed in and into the plane. Takes out a survival pack and survives till a radio communicater finds him and hes on dozens of talks shows and a national STAR! -Spartan 1 1 7 (I dare you to guess who he was talking about.)

I gotta stop doin that, I'm becoming RR! -Me referring to my constant saying of cheers. (I'm beginning to think I've got HaloDude doing it, too.)

Retrieved from "https://halo.fandom.com/wiki/User:Jolly_W._Roberts?oldid=1797294"
Community content is available under CC-BY-SA unless otherwise noted.