Welcome to my profile page! I am Lt.Meswak Safari. I can be seen editing the wiki or making blogs. I could give you more information about myself but then I'd have to kill you.

"An honest cop is one who; when asked if he ever accepted a bribe, says "Yes"."  - Original

"Always tell the truth; unless you are an exceptionally good liar." - Original

"No one can have a higher opinion of him than I, and I think he is a dirty little beast." - W.S. Gilbert

"Only he could snatch such a spectacular defeat out of the jaws of victory." - Abraham Lincoln

"An optimist is a person with both feet planted firmly in the air." - F.D. Roosevelt

"He is so unlucky that he gets into accidents that started out to happen to somebody else." - Don Marquis

"Are you sure this damn thing's safe?" - Poisoner William Palmer on the scaffold

"The only way to catch a train is to miss the train before." - G.K. Chesterton

"History repeats itself; historians repeat each other." - Philip Guedalla

"It was a book to kill time for those who like it dead." - Critic Rose Macaulay

"For the first time I envied my feet - they were asleep." - Film critic Hedda Hopper

"The man who can smile when things go wrong has thought of someone to blame it on." - Arthur Bloch

"Friendship is so loyal and enduring that it can last a lifetime if not asked to lend money." - Mark Twain

"I have overcome my willpower and taken up smoking again." - Mark Twain

"Old age isn't so bad when you consider the alternative." - M. Chevalier

"If at first you don't succeed, try, try again; then give up. There is no use being a fool about it." - W.C. Fields

"With high-speed trains one would arrive at one's destination too early." - Anon

"The IRA are indiscriminately killing men, women and children, and now they have killed two Australians." - Sydney Morning Herald 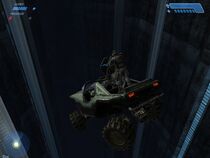 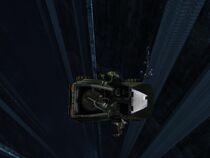 "I didn't know you made house calls, Foehammer"

Basis, as seen from The Silent Cartographer

Damn, I should have bought those ATV tyres.

And that, is why you should only buy genuine frag grenades. 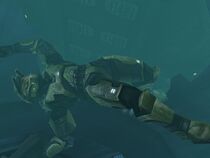 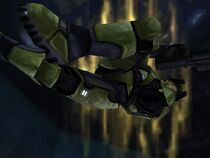 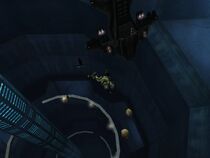 Why doesn't John-117 have a parachute?

Retrieved from "https://halo.fandom.com/wiki/User:MeswakSafari_1265?oldid=1803928"
Community content is available under CC-BY-SA unless otherwise noted.