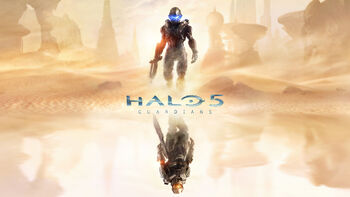 Hopefully by now you know that Halo 5: Guardians is coming, and that it's introduced a new character to the Halo universe, Locke. We don’t know much about him yet, but we do know that he has been tasked with finding John, which he presumably does. Since we haven’t seen much (or anything) of him, we can only speculate whether he is an accomplished fighter; however, since he was given such an important task, we can assume he knows what he's doing.

But why should Locke replace John in future installments of the Halo Franchise? Well, there is the matter with John’s age. I have ventured in this direction before, but that was before we got a look at this new character. I would welcome a change of protagonist, although he has some big shoes to fill. Halo 4 really took a close view of John and his place in, and view of, humanity. Personally, I hope they'll continue building this story idea, as it gives a great angle to write him with.

Despite the introduction of Locke, I feel like John's story is far from done, I'd predict that he at least finishes the Reclaimer Saga. If 343i is planning to write him off, I predict they'll still drop in a few hints in the story of Halo 5: Guardians. Nothing too blatant, but perhaps they'll detail John visiting places he hasn't been in a long time (Eridanus II?), or focus on people from his past (Franklin Mendez?, Blue Team?) This would open up the potential for 343i to elaborate on his 'human past', and his willingness to 'be human again'.

I don't think we'll get the answers to my questions any time soon, but you can count on 343i to know what they're doing. In the end, us fans have only an indirect influence in the shaping of the stories.