Vortex, also known as War Games Map_Set/: 259-3,[1] is a multiplayer map for Halo 4. The map is set in the equatorial caverns Requiem.[2] The map is also featured on one mission for Spartan Ops, in which it is named, Cyclone.[3]

Upon this particularly windy area of Requiem, ONI has set up a base to research the Forerunner structures that seem to harness the wind for power - which they believe could be a source of substantial amounts of affordable, clean energy for the Unified Earth Government.[2] Vortex is less bright than other Halo 4 maps, due to the looming dark clouds in the sky.[4]

This multi-tiered map will support Big-Team Battle vehicular and Dominion gametypes, and is laid out with bases on either side with a central Forerunner structure in the center, which is accessible by ramps, Grav Lifts, and Man Cannons. The terrain is very rough, with large rocks littered across the map, drawing players in for more infantry-style combat, and/or giving them cover.[2] 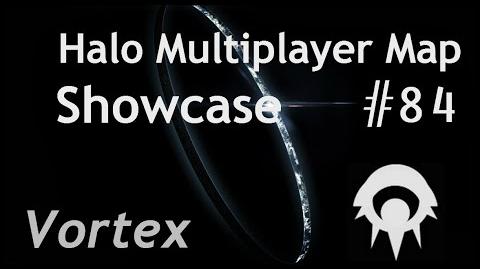 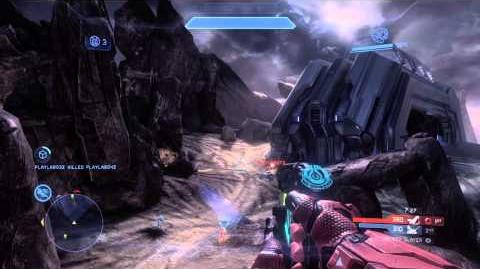