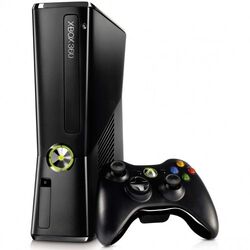 The Xbox 360 is a seventh generation game console and is the successor to Microsoft's Xbox video game console, developed in co-operation with IBM, ATI, Samsung Electronics and SiS. Information on the console first came through viral marketing campaigns, and it was officially unveiled on MTV on May 12, 2005, with detailed launch and game information divulged later that month at the prominent Electronic Entertainment Expo. It was released on November 22, 2005.

Upon its release, the Xbox 360 became the first console to have a simultaneous launch across the three major regions, as well as the first console to provide wireless controllers as a standard. It also serves as the first entry in the seventh generation of game consoles and was the competitor against Sony's PlayStation 3 and Nintendo's Wii. Microsoft believed that its push towards high-definition gaming, year-early head start, and its Xbox Live online gaming service would help the console become successful. The Xbox 360 can also be System Linked with other Xbox 360 consoles as well as the original Xbox, allowing multiplayer games to take place much more easily among gamers.

There have been a few different types of the Xbox 360, including the Core, Arcade, Premium, and the Elite. However, special editions were also made. These are like the Halo 360, which had an aesthetic Halo theme as well as a special controller.

As of March 2010, the Microsoft Xbox 360 was in second place in the console war, with 40 million units sold. The Nintendo Wii was first with 69.5 million, while the Sony PlayStation 3 sold 33.5 million. The 360's most widely sold game was Halo 3, which sold an astonishing 8.1 million copies. Second was Gears of War, with 4.7 million copies sold. At third was Grand Theft Auto IV, with 3.5 million copies sold. Fourth place was Call of Duty 4: Modern Warfare at 3.1 million copies sold. Rounding off the top five was Forza Motorsport 2 with 3 million copies sold, although this included the free copies that came with every Xbox 360 Elite model. The most critically acclaimed game for the 360 was Grand Theft Auto IV, with an average Meta-Score of 98 out of 100. Tied for second was BioShock and The Orange Box, both of which received a 96 out of 100. Third was Gears of War with a 94 out of 100, fourth was Call of Duty 4: Modern Warfare, fifth was The Elder Scrolls IV: Oblivion, and in sixth place was Halo 3, which got an impressive 94 out of 100.

In the 360 dashboard, the user can apply a Halo themed background that comes preloaded onto the 360's hard drive. There are also three Halo gamer pics that come preloaded as well. One is of John-117, the other of a blue Spartan, and one is of Sergeant Johnson. You can go to Xbox Live Marketplace and download more themes, pictures, and even download some free Halo videos. Buying Limited or Legendary Edition Halo 3 disc two will come with Bonus features to download more Halo 3 themes for your 360 console, such as a Bungie theme, Red vs Blue theme and the This Spartan Life theme. You can also download more detailed gamer pics from the marketplace.

The "Red Ring of Death," often abbreviated to RRoD, is a term coined by Xbox 360 users to refer to the three (occasionally one, two, or four) flashing red lights around the power button that appear when the Xbox 360 encounters a "general hardware failure." When an Xbox displays the Red Ring of Death, usually there is a problem with an internal component. Frequently, this error is caused by uneven heat distribution inside the console which causes the motherboard to warp out of shape. This in turn results in the GPU being separated from the board at one or more corners. Usually, when one receives a Red Ring of Death error, they must send the console in to Microsoft for repair or replacement, unless they want to attempt the repair themselves (this will void the warranty). Its name stems from the fact that often the problem is irreparable or considered expensive to fix. It could have also spawned from the term "Blue Screen of Death" which comes from Windows users of an error that featured a Blue Screen. There's also a "Red Screen of Death," which more closely correlates to "Red Ring of Death." Since the release of the Xbox 360 Slim, Microsoft discontinued the RRoD.

A Halo 3 special edition Xbox 360 was released on September 16, 2007. It includes other things in the box, like a wired Halo 3 headset.

A Halo: Reach special edition Xbox 360 Slim was available for release on September 14, 2010. It features a Xbox 360 Slim, two controllers, and a headset, all of which are based on the game. Colored silver gray, the console is based on an in-game archive reader unit used by the Office of Naval Intelligence. It had also been said that the console would appear in the game in a lab.[1]

The following is a list of Halo products available on the Xbox 360. 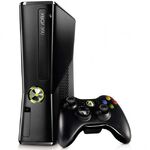 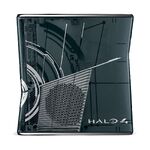 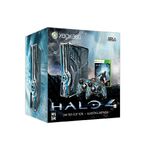 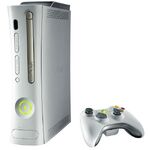